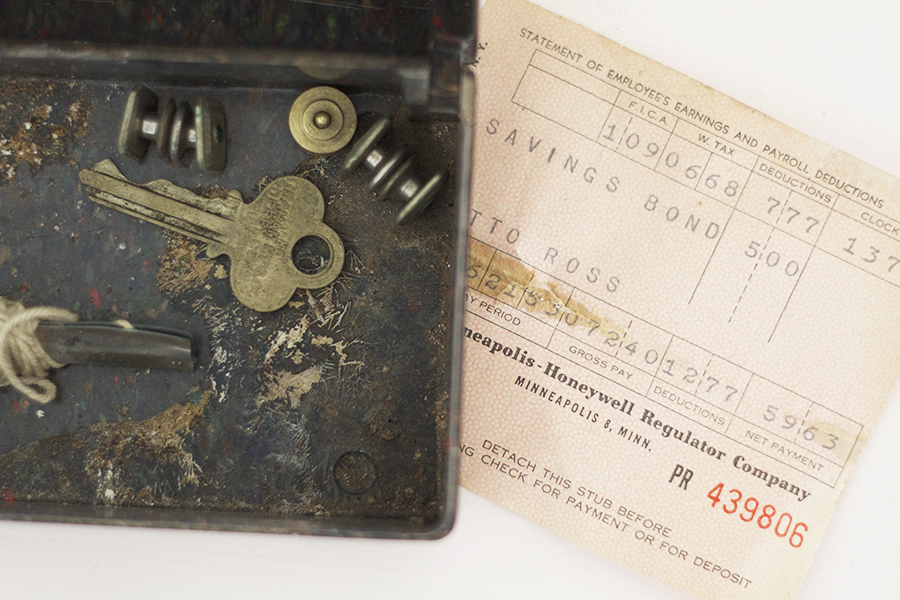 Hey Guys, long time no see. I was just in Vegas for a long weekend with my lady friends. Have you ever been there before? It was my first time, basically it was what I expected it to be, a shit show, but way more expensive. Anyway, that’s what I’ve been doing.

Before I left last week I did some hunting up in my attic. My attic appears to have literally nothing in it. There are no awesome long lost secrets to find up there, just old rafters, 4 windows and emptiness. I still find myself going up there on occasion in hopes of finding some sort of long lost relic. Then, last week when I was up there snooping around I realized that what I thought to be a couple of boards leaning up against the wall were actually old beveled mirrors! I was so excited to find something old and original to the house, and best of all it was something that I could potentially make useful again!

Then right next to the chimney, I kicked around what I thought was an old brick and realized it was lightweight and hollow, not a brick at all! It was totally a box. Oh my god, was this it, the key to the mystery of my house, some long lost time capsule? Alas, it was just a melamine box with some old keys, some pins and a pay stub. But the pay stub has some dudes name on it, so I’m thinking I might start up my ancestry.com subscription again to do some ancestral stalking of people who may or may not have ever lived in my house. Someday I seriously just need to cut to the chase and go down to the Hennepin History Museum to see if I can find any old photos of my house.

Also, whenever the day comes that I leave this house in like 50 years, I am totally hiding a secret hidden time capsule for other folks to find. They will love me for it. 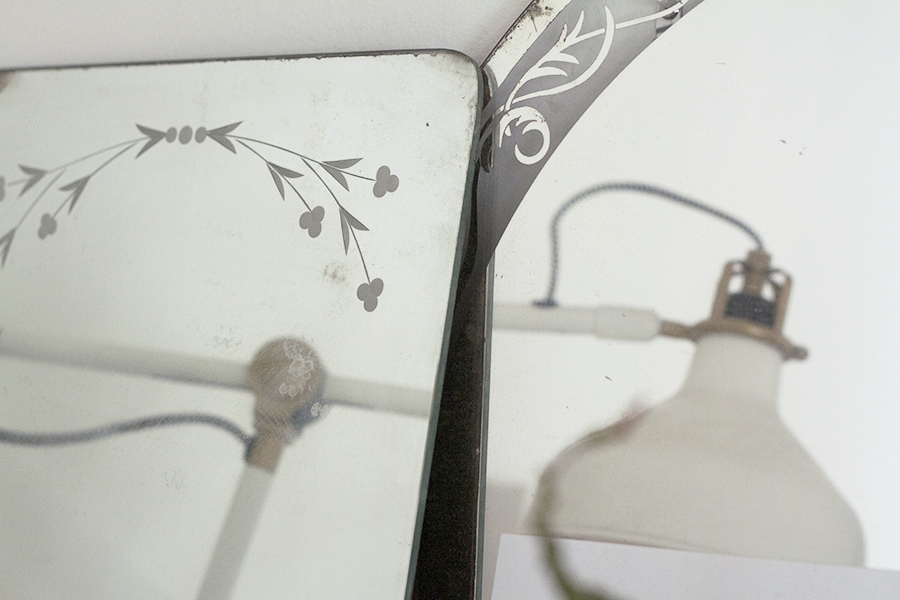 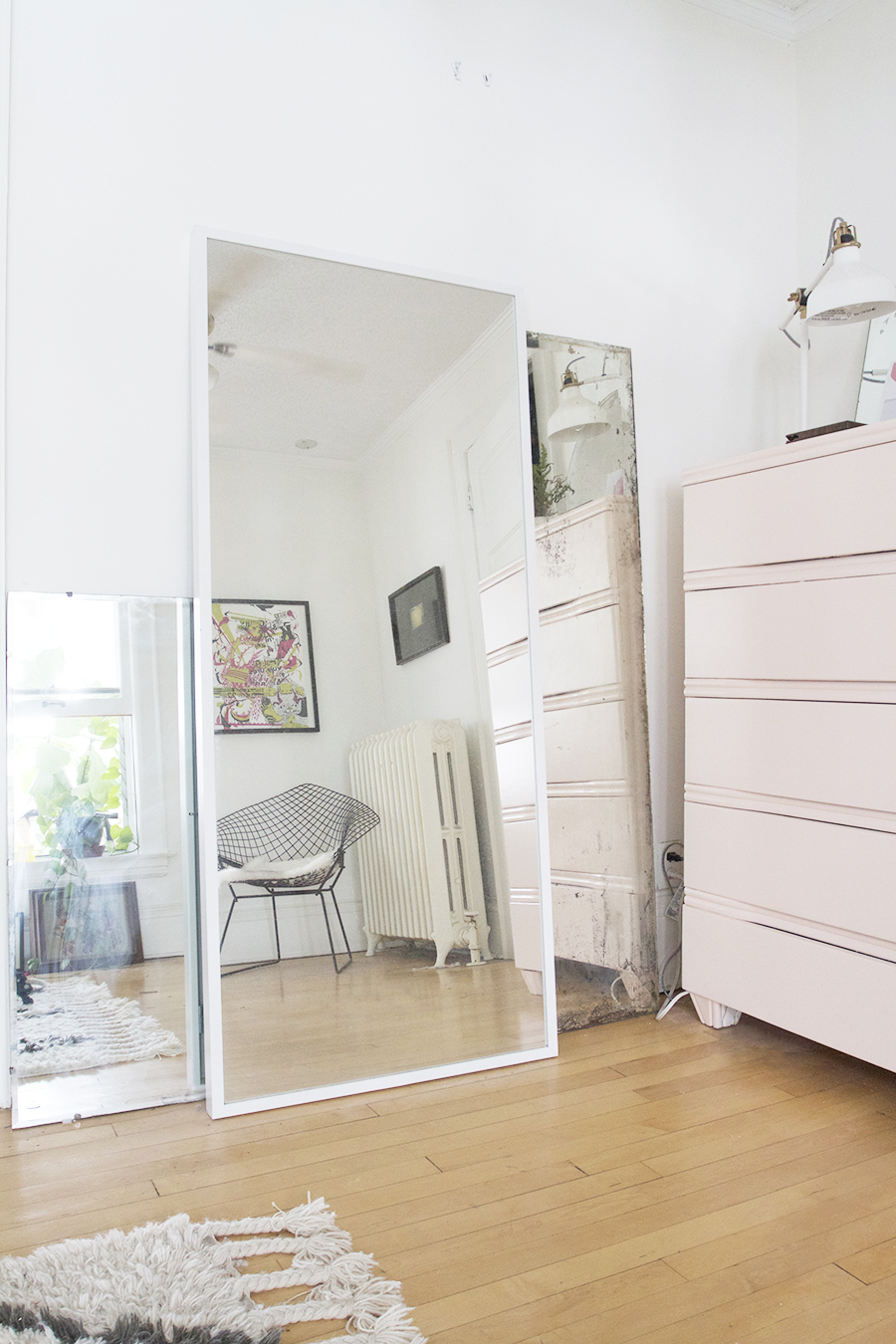 Anyway, what should I do with this mirrors? There are four that I have found up there total. A long mirror which probably went on the back of a door, a medium sized rectangular mirror that I’m guessing went in the bathroom (might be a little newer in age) and then two victorian mirrors that are super lovely and feminine with etched floral motifs. One of the mirrors (the round one) I found in the attic a few years ago, in the same location where I found the others. I didn’t see the other mirrors then, cause like I said previously, they were filthy and gross and I thought they were boards. The mirror with the white frame is totally from Ikea and I was considering arranging them all together in some sort of formation (shout out to colz) on the wall near the newly painted dresser. I don’t know though, I need to dig around for some inspiration on the old net. They would do a great job of reflecting some of the light from the sunroom back into the bedroom.

What do you guys think? Any awesome ideas for what I could do with these mirrors? 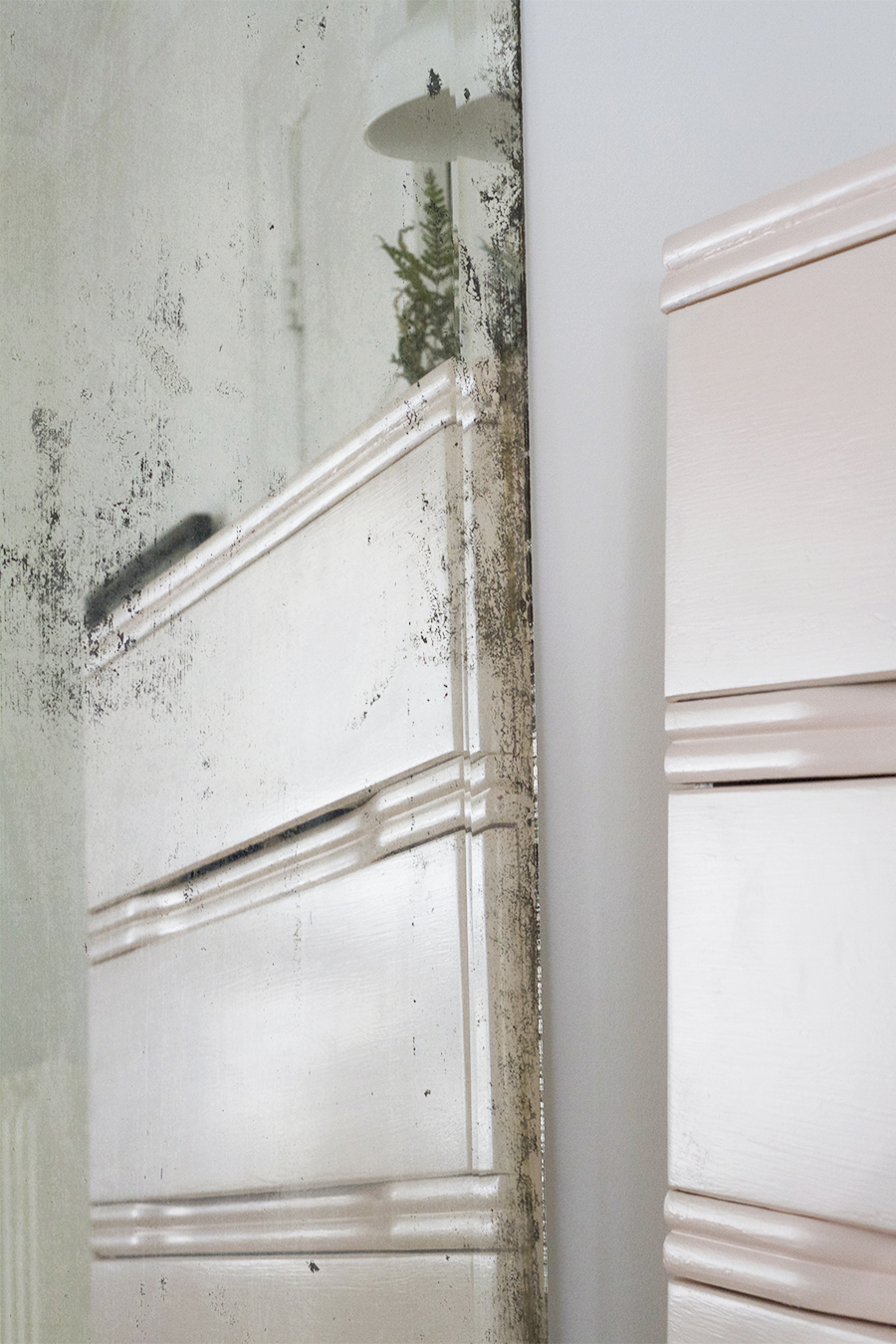 Share this...
8 comments
in Around the House, My House

Newer Post I’ve Got Two Side Tables and A Microphone