Try This : Add a Corner Shelf to your Shower 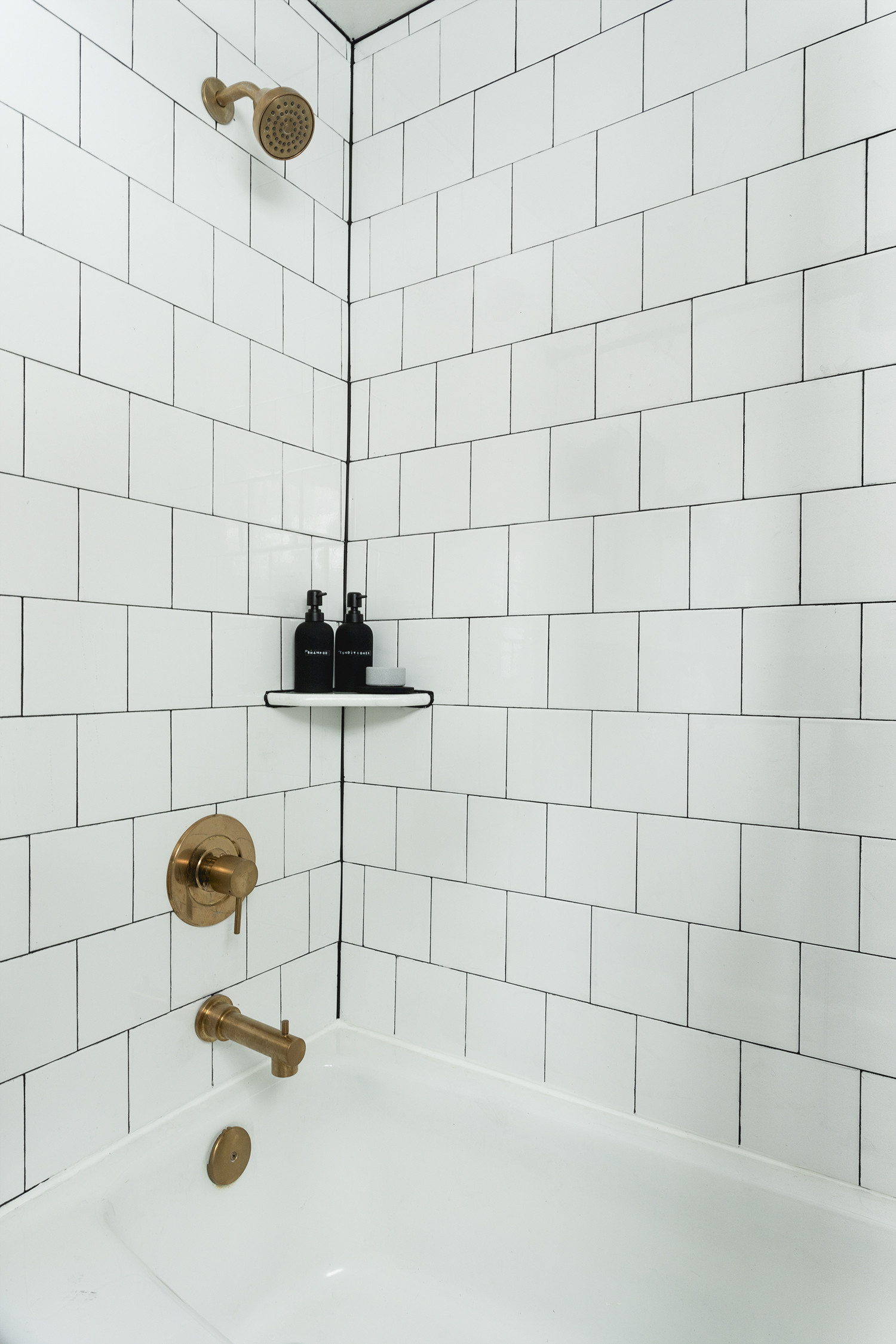 Early on in my bathroom remodel I realized that I wouldn’t be able to include a niche for the shower as I had hoped. Two of the three walls that surround the bath and shower are exterior walls, and because it gets so cold in NW Wisco (aka Wisconsin) in the winter months it would have caused problems to inset a niche between any of the studs on the exterior wall. The third wall contained the plumbing for our shower, and I didn’t want to have to open up the wall to access it or deal with the headache that would be rerouting the plumbing just so that we could have a spot to put our shampoo (bottles linked here). Since this is our cabin bath, and because we live like wild woods people when we are here – we don’t have huge need for a lot of bath time accoutrements in this space. All we really need is stuff to wash our hair from time to time.

Instead I began looking for other ways I could include a shelf for soaps and I found a great solution that I wanted to share with you! I ordered a shelf kit that came with a polished piece of marble and instructions for how to install the shelf on top of another substrate such as tile!

This would be such a great solution for anyone experiencing a lack of shelves with a pre existing tiled shower. I purchased an extra piece and will be adding a marble corner shelf to our Minneapolis bathroom which has no lower shelves for soaps and we set everything around the base of the tub.

The marble comes with everything you need including some heavy duty two part epoxy that sets up in five minutes! 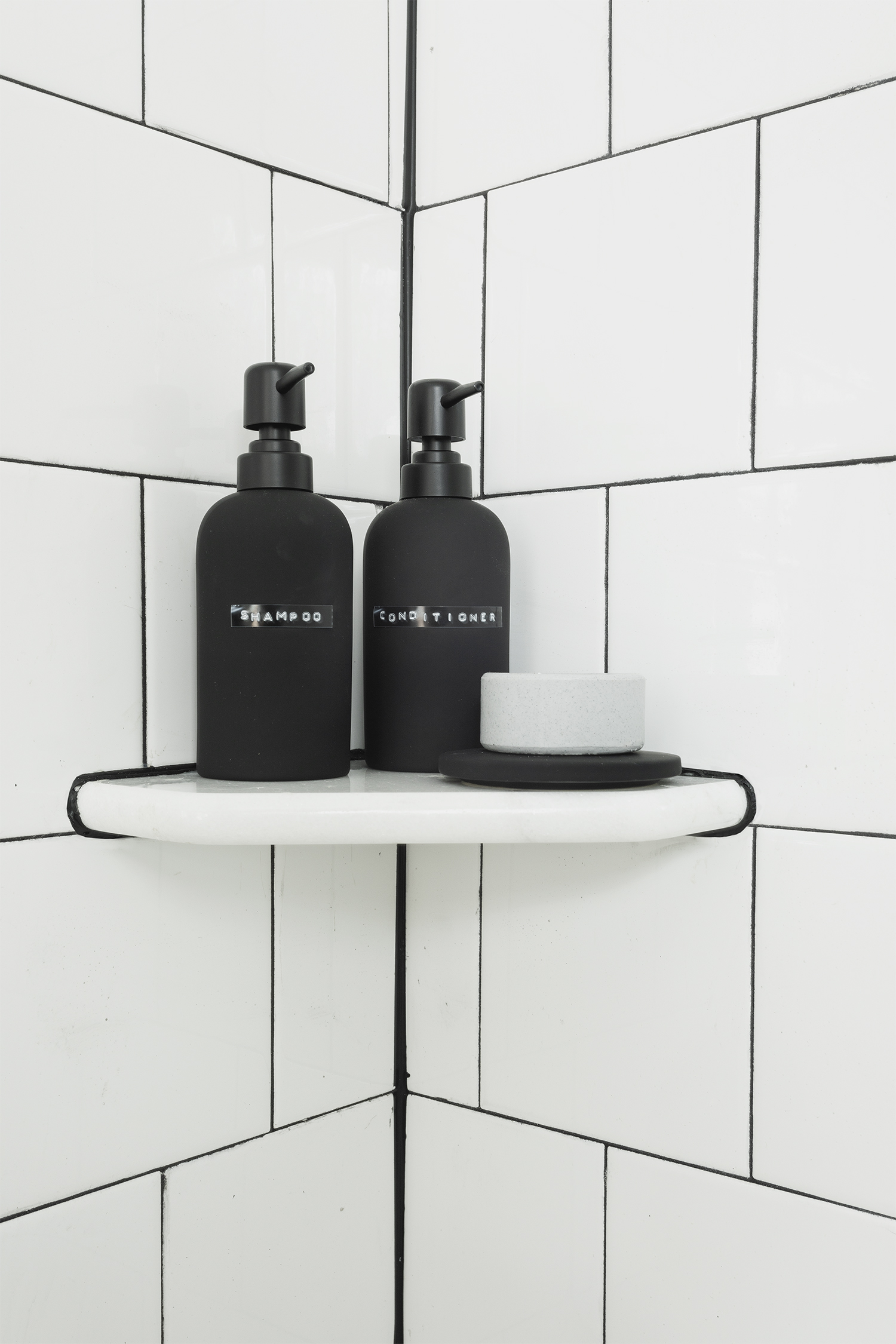 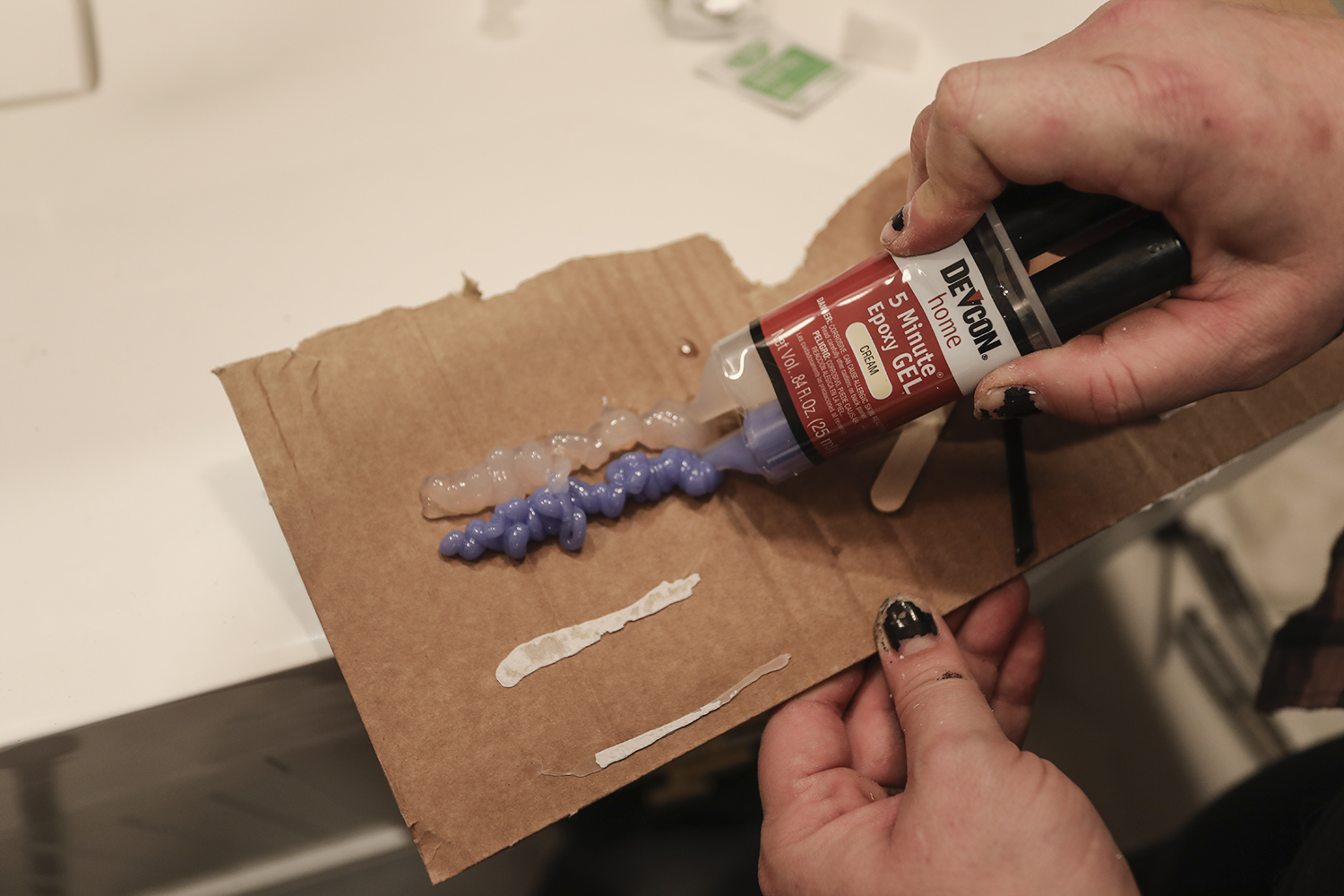 There really isn’t much too this process. After mixing the two part epoxy you apply it to the inside edges of the marble. The kit includes 3M double sided foam tape that is supposed to help from sliding around on the wall while the epoxy sets up. I did have a problem that was user error. I missed the mark when I first applied the shelf to the corner – I didn’t have it exactly level and I slid the shelf into the space leaving a schmear of epoxy on the tile. It was no biggie though, after the epoxy had become hard and the shelf was in place I just used a blade to remove the excess epoxy and then caulked around the perimeter of the shelf. 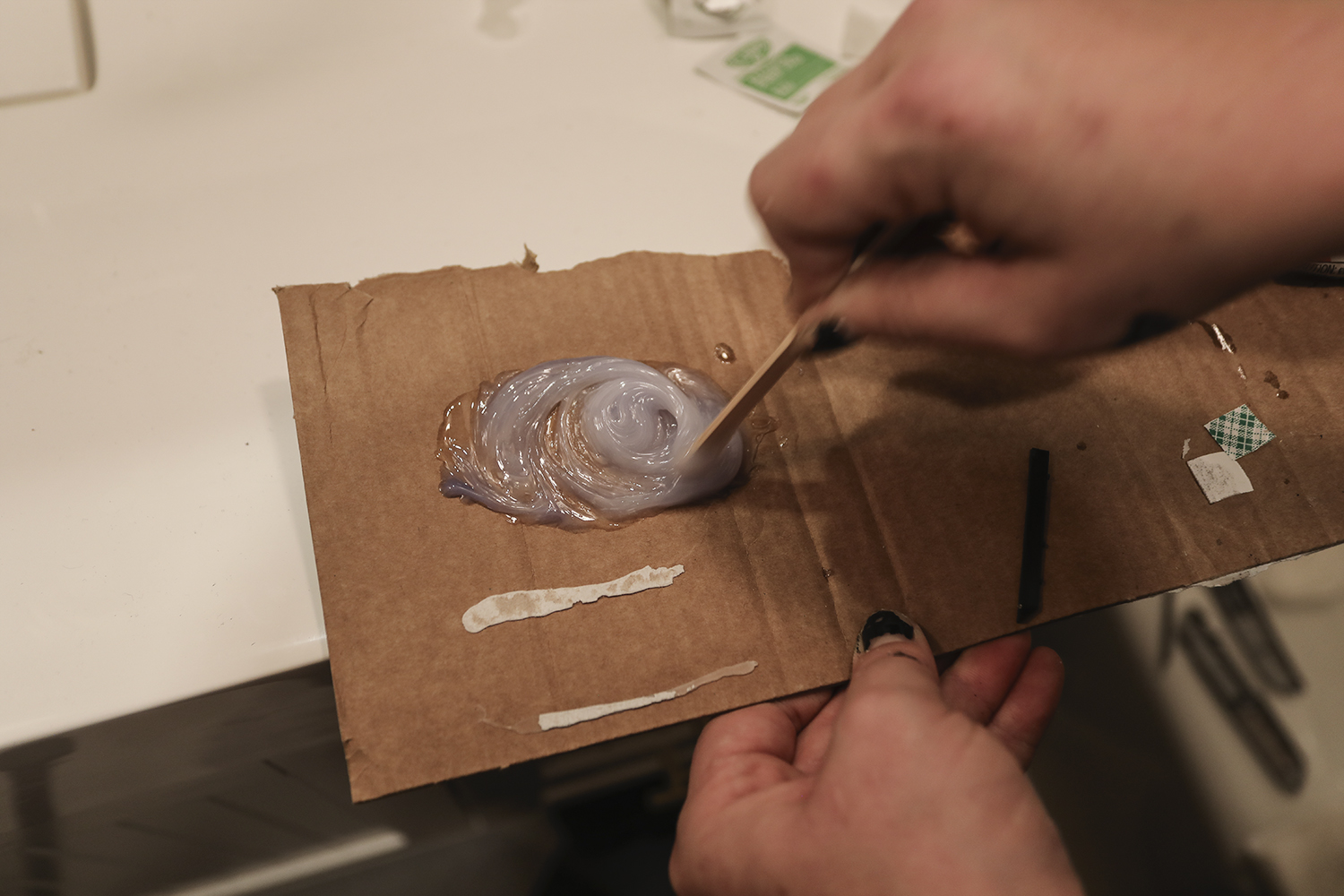 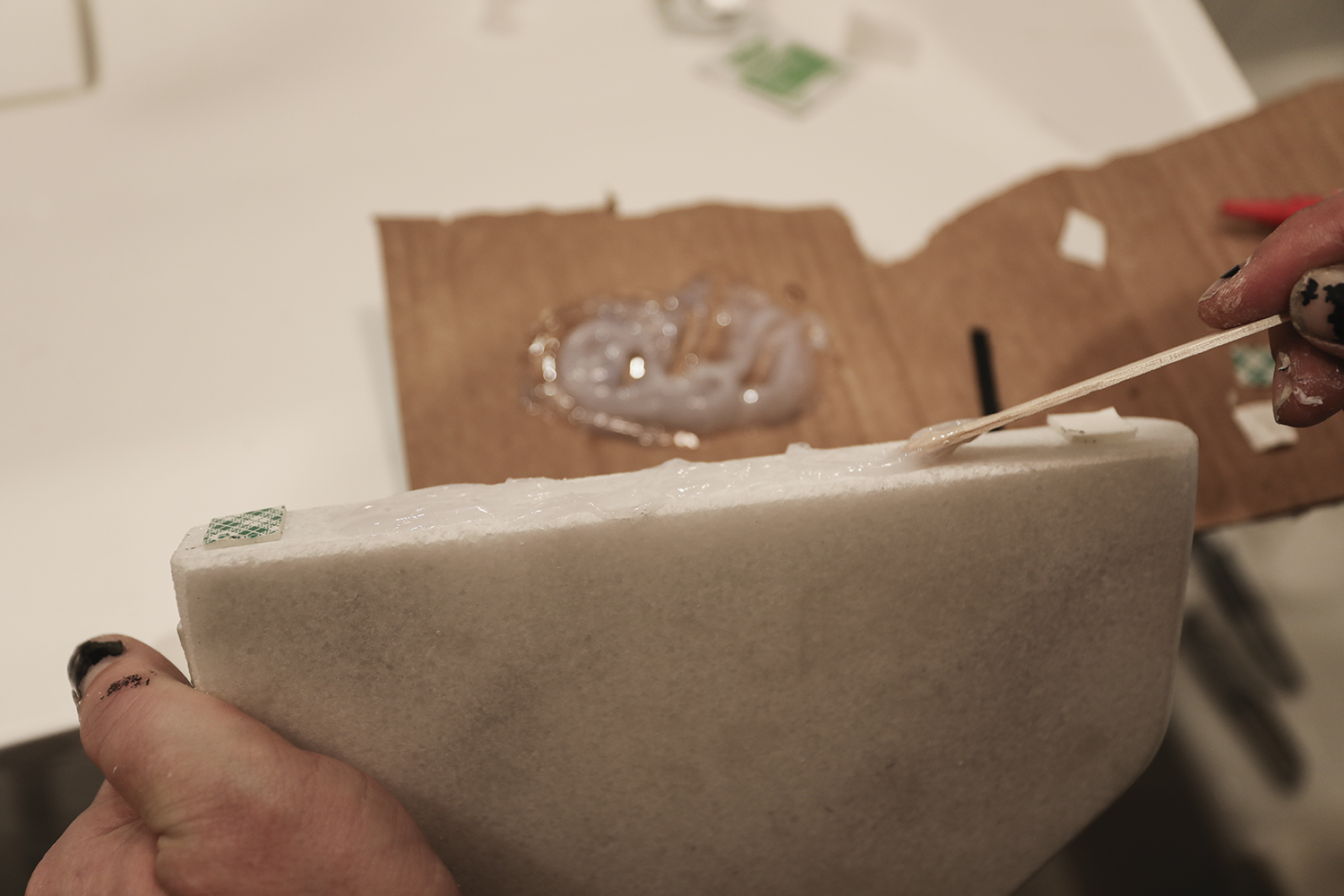 *Notest to take away. Although the epoxy said that it set up in five minutes, it took about ten before it was set hard. It could very well be that I did not mix the two parts well enough. I was moving quickly and I was afraid that it would begin to set up before I was ready (having never used it before), so I may have rushed it a bit. Once the epoxy begins to harden you will know it! It becomes super strong within thirty seconds or so.

The shelf is IN. PLACE. It is stuck there, for good. 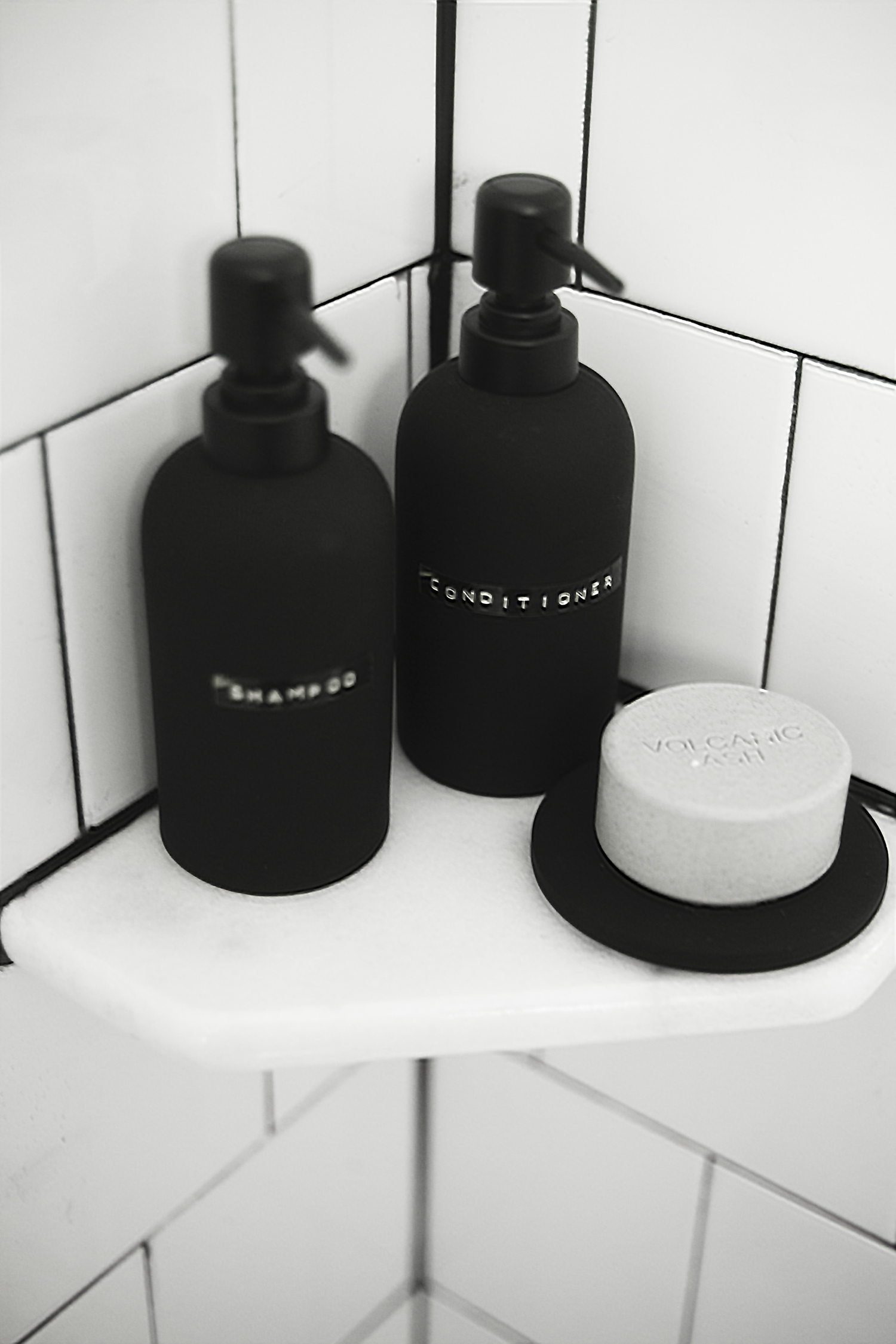