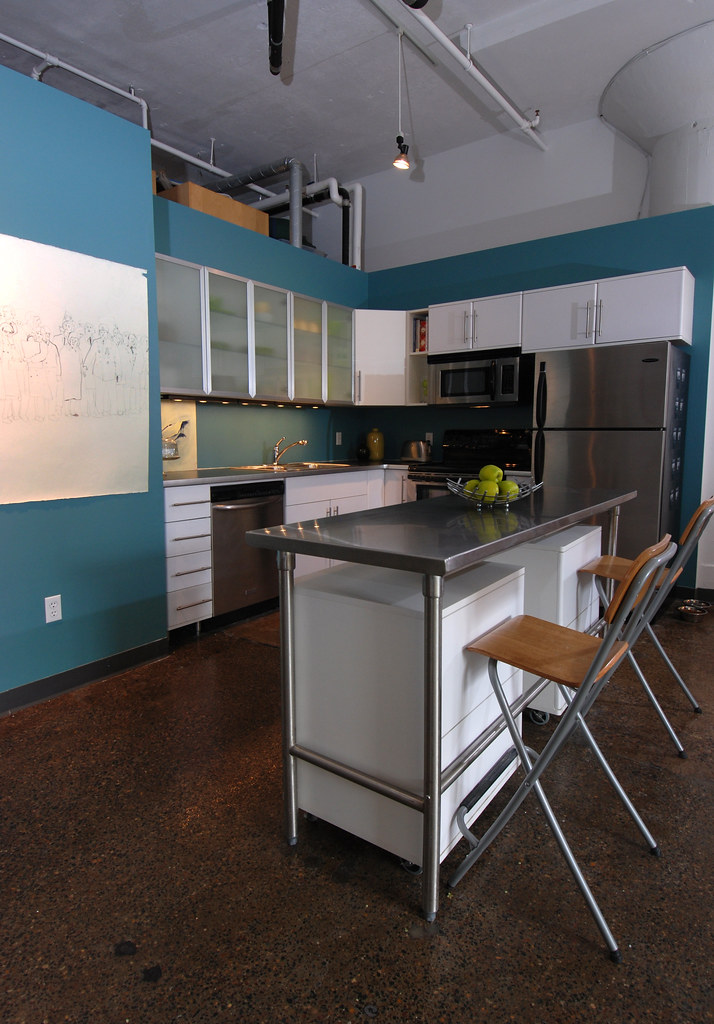 I was spending some time updating my backup hard drive the other day (3 years in the making) when I came across some real estate photos of our old loft we used to own when we were crazy enough to live in Saint Paul (sorry saint paul). It inspired me to do a post about the Behr paint color “Hallowed Hush” because I’ve gone nuts and used it in all of three places we’ve lived in, including the loft. The loft was the first place we used it, I was looking for a color that would compliment the modern kitchen with its stainless steel appliances, modern white cabinets, and its industrial shiny aggregate concrete floors. Hallowed Hush was the color I stumbled upon. 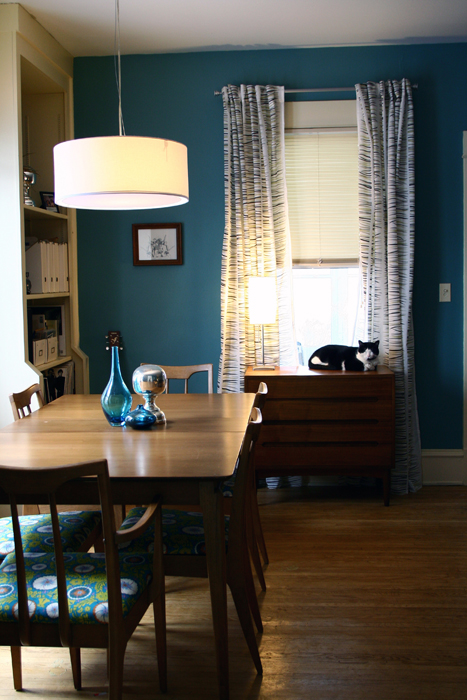 It wasn’t our original intention to paint the walls hallowed hush, we previously had the kitchen painted aqua and had to tone it down a bit when put the place up for sale. I actually ended up falling in love with the color and decided to use it in the living room of the rental house we moved into in the Fall of 2008. Hallowed Hush has always reminded me of the cliche country blue you used to see all the time in the 80’s, something a la the set of Full House, uh huh, you know what I’m talking about. Luckily for me though, it looks pretty great with modern and mid century furnishings. 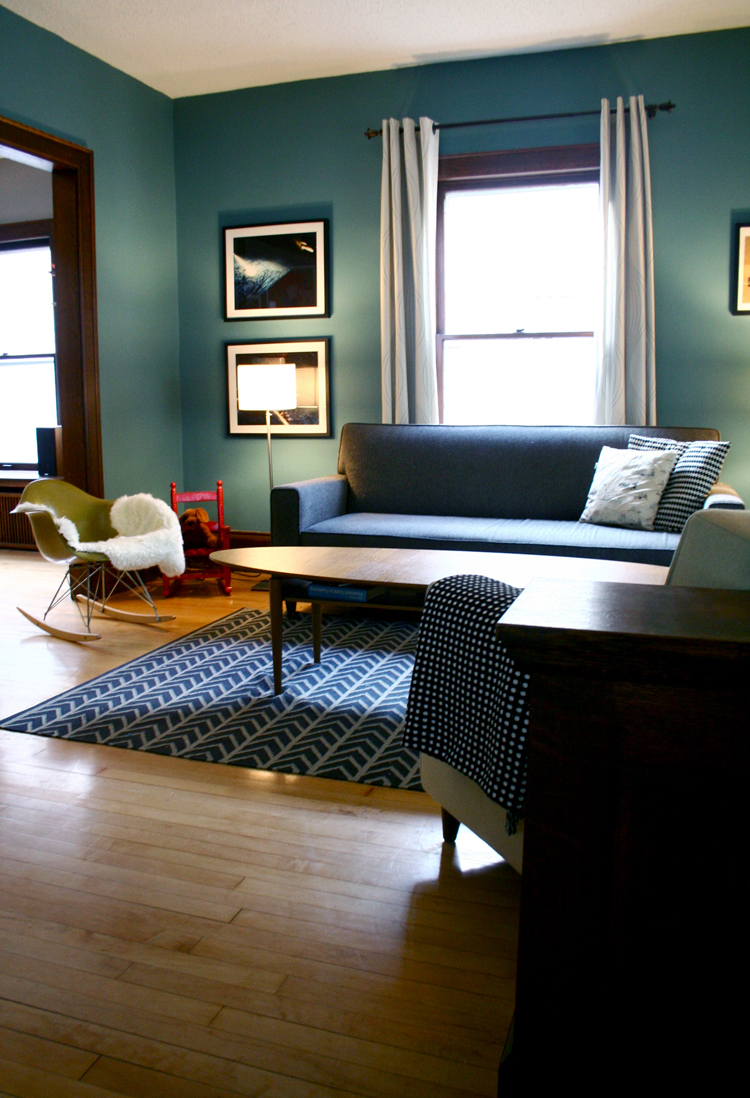 It was only natural that when we moved to our new house in Minneapolis that I had to give it a whirl there too. I had a gallon left over so it was no big deal to me if it wasn’t going to work out, I was really unsure it (or for that matter anything) was going to look good with the wood trim. Honestly, we had taken it from a super modern loft to a somewhat updated Minneapolis rental, to a 100 year old relic with virgin woodwork up the wazoo. Thankfully it also rules in this place too. I think the key to making it work is to fill the room with our favorite modern furnishings.  Personally I appreciate the juxtaposition of the old and new and I wouldn’t have it any other way.  So there you have it, Hallowed Hush & Me in a nut shell, I imagine it will be around for awhile.

Share this...
2 comments
in Decor, Living Room, My House