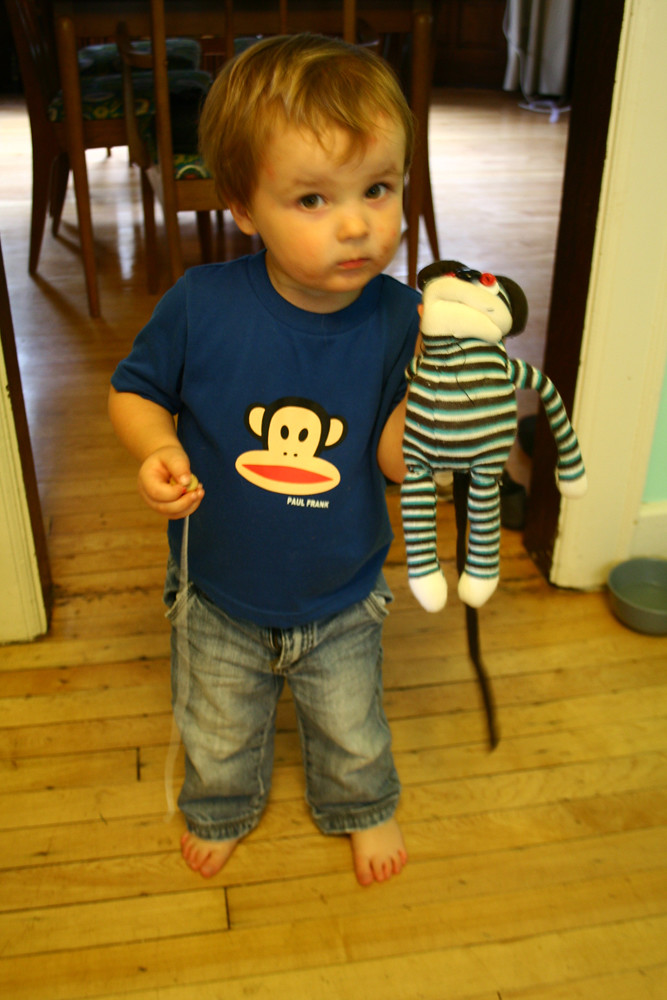 I wanted to take a sec and write a quick little post about our love a stuffed animal called “Monkey.” On Finn’s 1st birthday (almost 2 years ago) his Aunty Colz gave him a blue & brown striped sock monkey that she had picked up for him on Etsy. We never knew that when we met Monkey for the first time, that he would become one of Finn’s best buddies. Finn has loved him SO much, he plays with him every day and sleeps with him every night. Over the last two years his tail has been stretched out from being whipped and dragged around the house, his face is totally dingy and messy, and he’s lost a few stitches here and there, but it’s all proof of how much one little dude loves him. We even lost him for a half-a-day at IKEA one time, and by some miracle were able to find him again and bring him home safe. 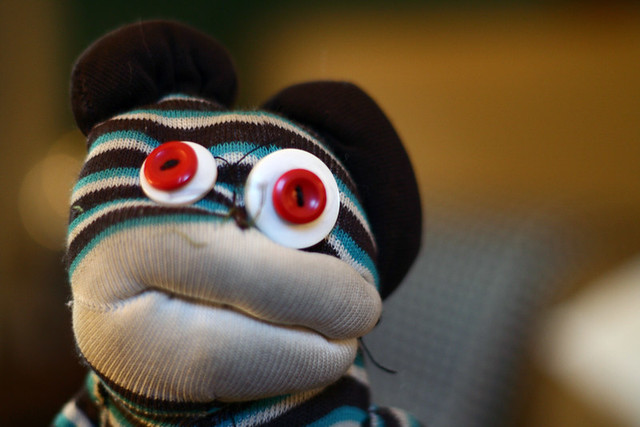 The other day Monkey’s nose fell off and I realized while looking at his beat up monkey face, that Monkey is so special to Finn and our family, that I would be sad if I never got to know him. Maybe I am just being sentimental because I know things are going to change with the arrival of this new baby, but I am so happy that Finn got to have a monkey in his life. I always had my blanket growing up and it made me feel secure and comfortable, I am happy that Monkey supplies the same reassurance to Finn. In preparing to write the post I had Nicole send me the original Etsy Link for Monkey, and it was funny seeing what he looked like before he and Finn became fast friends. He looked like a different kind of monkey back then, a lone wolf with a smirky smile, he even had a badass name, “Felix.” Who knew he would become the best-toy-friend Finn could ever ask for. I’m so glad we go to add him to a part of our family and to a part of Finn’s childhood memories.