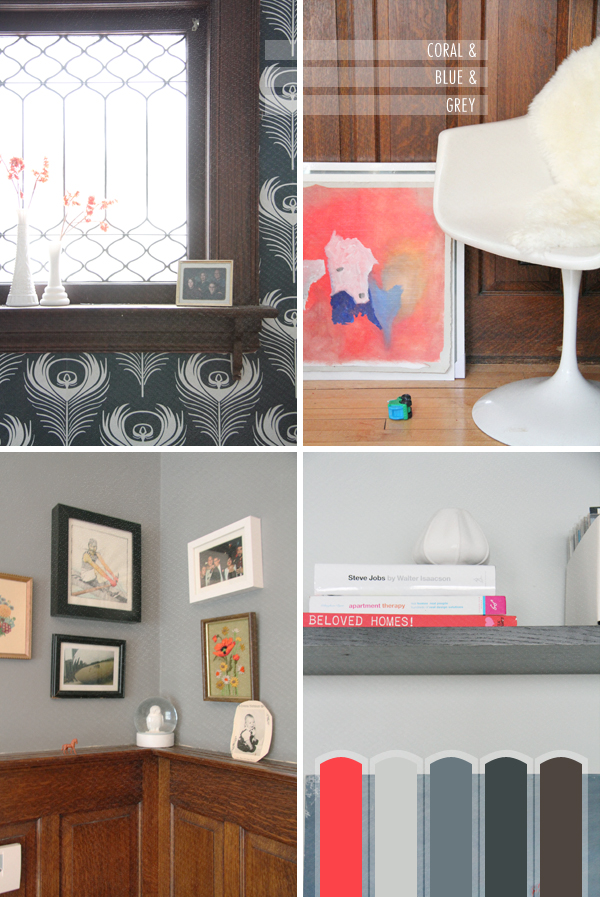 I had taken a few photos around the house this weekend thinking I might try and do a post called “Inspired by the Royal Tenenbaum’s” or something weird like that, but when I went back to look at them this afternoon I realized that they weren’t really that Tenenbaumesque (which made me sad because I like to think my house aspires to be the blue smaller version of that house.) Instead I realized how similar the color themes were from room to room. Two of the photos were from the dining room, and two were from the new updated music room. This bright poppy coral color is something that’s showing up more and more around my house and is totally unintentional. I guess I’m just secretly drawn to the contrast between the muted greys and the bright red-orange, but seriously, why wouldn’t I be? Seeing it like this makes it look kinda awesome.

Anybody else have a secret color that keeps showing up in your space?

Share this...
0 comments
in Around the House, Dining Room