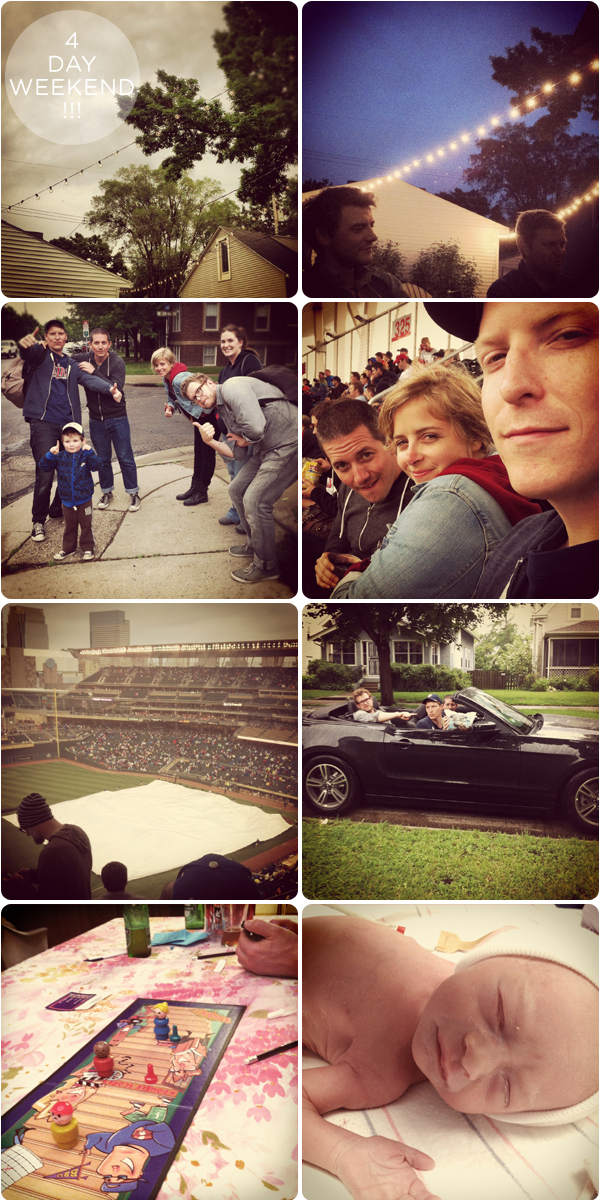 Hope you all had a great weekend! I know we did. It’s been a long time since the Allen team had almost 4 whole days off in a row and we soaked up every minute of it. Our friends Joel and Katrina, from Chicago, rented a Mustang Convertible (aka The ‘Stang ‘Verti) and drove up to hang. Since they came all that way we were gonna make it worth it. We started the long weekend off with a backyard BBQ. Next day we followed it up with a delicious pre-Twins-game brunch, and then hopped the bus over to Target Field for some memorial day weekend baseball. A good time had by all even though it was cold and rainy. After a chinese food pig out we finished off the day with a late night Balderdash sesh. Best board game around.

The best part of the weekend though had to be when Beak & Cam’s little Penny (Penelope Marlo) showed up early yesterday morning. She was a little earlier than expected but both mom and baby are doing well. Love this little peanut, big congrat’s to Beak and Cam!