Fern Got a New Look 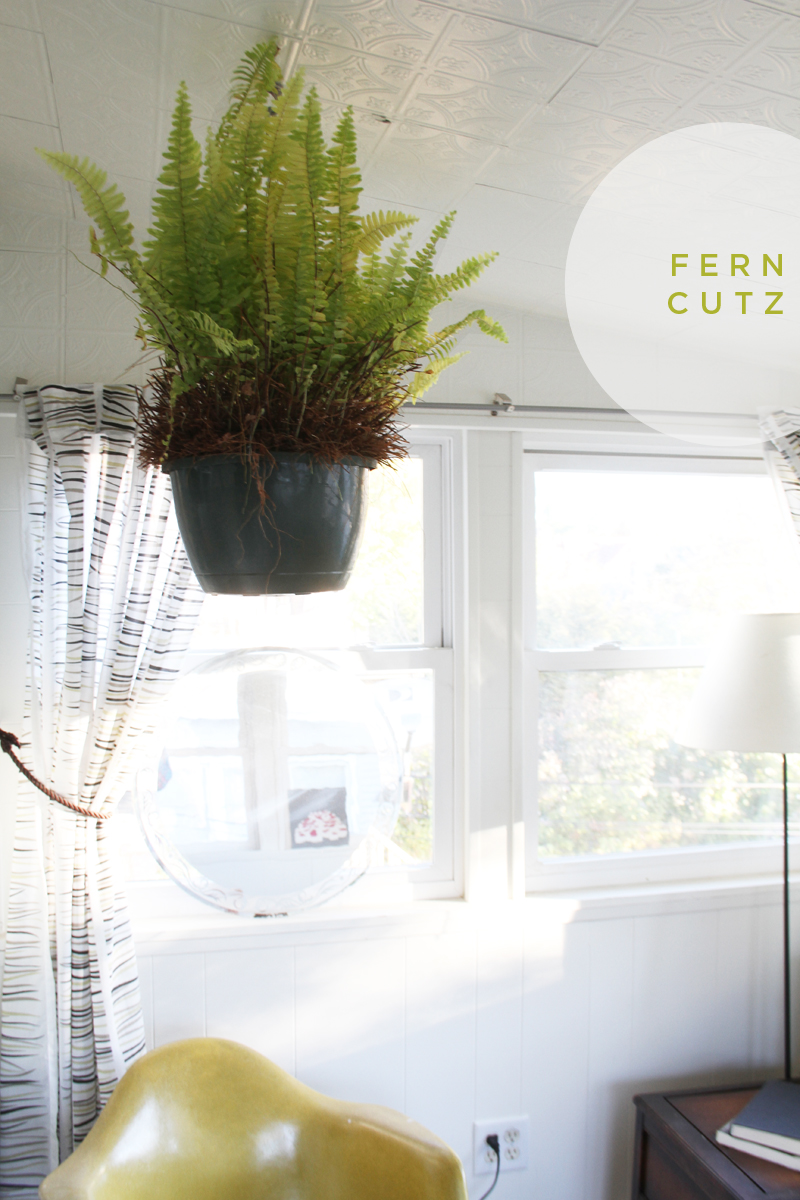 Hello out there! MAN, I’ve been sick again, this is twice in one month and this time I was miserable and the kids were miserable too. I’m finally starting to feel better today.

Being sick has really had an effect on my October to-do list. Holy moly. Nothing is getting done. I did manage to get my fern inside before the frost came. Jeff hates this fern, HATES it. Because why would you like something that brings life and greenery into your house? I understand that the size of this fern has gotten out of control, it nearly touches the floor when I hang it in the porch off our bedroom. For real, it must be four feet in length. It was starting to get a little brown because I wasn’t a diligent waterer this summer and sometimes Jeff grilled right underneath where it was hanging in the backyard (an accident?, I think not). So it got a hair cut in a major way. Mostly this was an attempt to avoid a future fern assassination. Who hates plants anyways? Have a heart Jeff, geez. 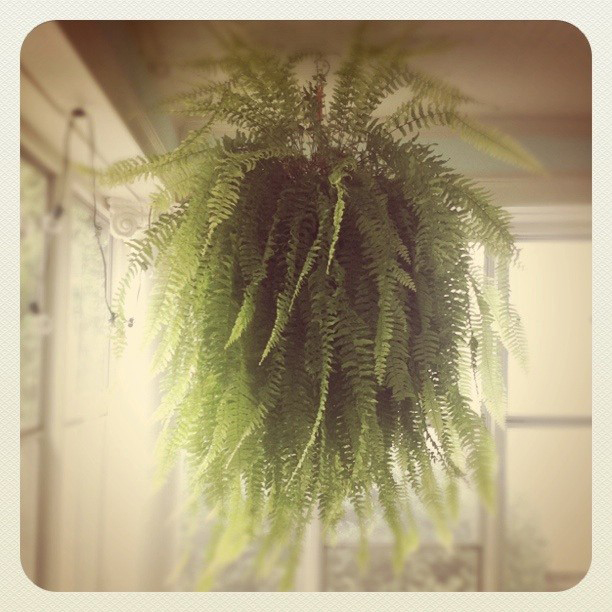