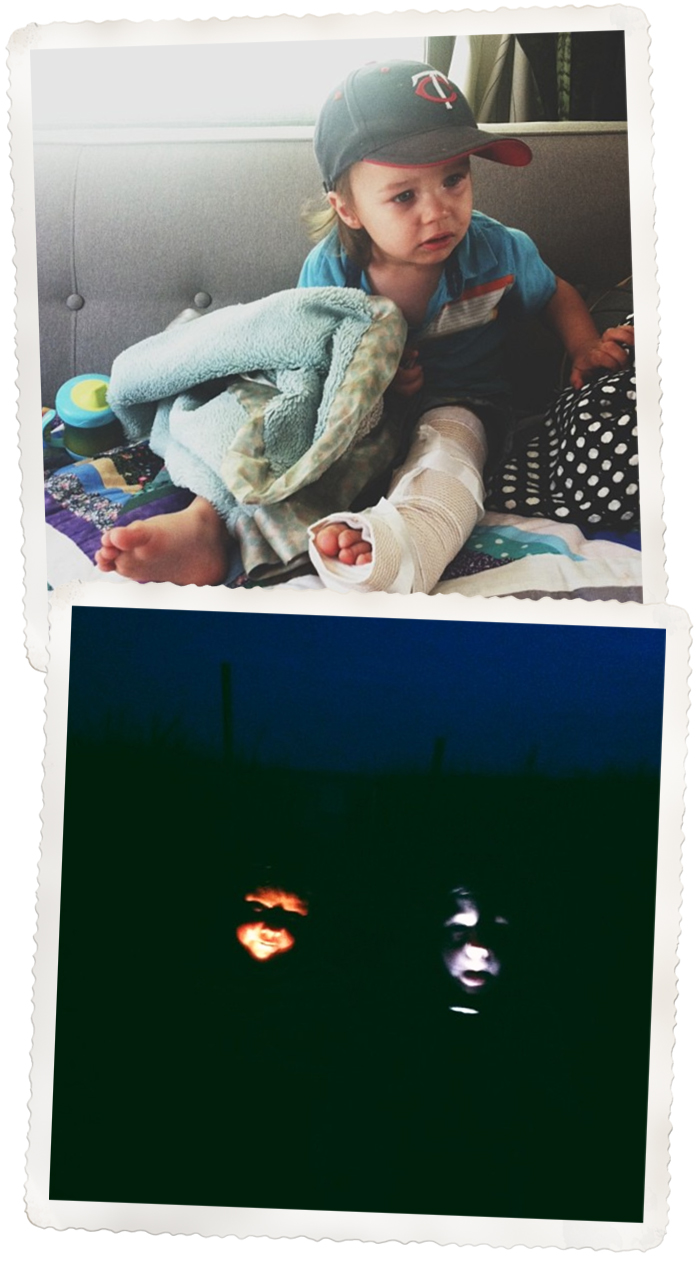 Well guys, and so begins the craziness of July. This is typically a busy month most everyone in the world, because it’s the best part of the whole summer! Always packed full of weddings, vacations, holidays, and BBQ’s. For me, that craziness is doublefied. I’ve got two very important dudes in my life having two very important 5th and 2nd birthdays less than 2 weeks apart. Let the craziness begin.

Besides feeling very overwhelmed by the birthday activities coming up in the next few weeks, we also have a vacation planned in the middle of it all. You should see all the lists in my life right now, they are the only thing that keeps me sane.

Oh yeah, my guy Gus decided that wrestling his older brother is really cool, and my guy Finn decided that wrestling his baby brother was a really good way to take out pent up older-brother-agression. The result was a broken leg and a day spent in the urgent care last week. Gus is the smiliest broken leg guy there is (even though the above photo doesn’t show it) and, is almost fully recovered. He’s tough. Little kids just regenerate themselves at a crazy fast rate.

I was also calling in for jury duty the last two weeks. Yeah, you might remember me moaning and groaning about this back in January. I was supposed to serve then too, but at the last minute I was granted an extension. I spent the last two weeks calling in twice a day to the on-call-jury-duty-line and was never needed. The kids and I were never able to venture too far from the house, as I had to be ready to run down to the court house at the drop of a hat. It put in wrinkle in our day-to-day but I’m happy that I wasn’t needed, and dodged a bullet on that one.

This past weekend was spent with Finn’s old buddy Elsa and her fam at her cabin. The cabin kids had fun catching fish, staying up late, and eating s’mores. Elsa even took a dip in the drink after getting too close to the edge of the boat. Us grown ups had fun too, eating to our hearts content, drinking beers and playing cards. Needless to say we’ve been busy!

Still planning on posting on the reg, but just wanted to give you a little glimpse into what we’re up against here (and have already conquered). Hope you all are having a super sweet summer! 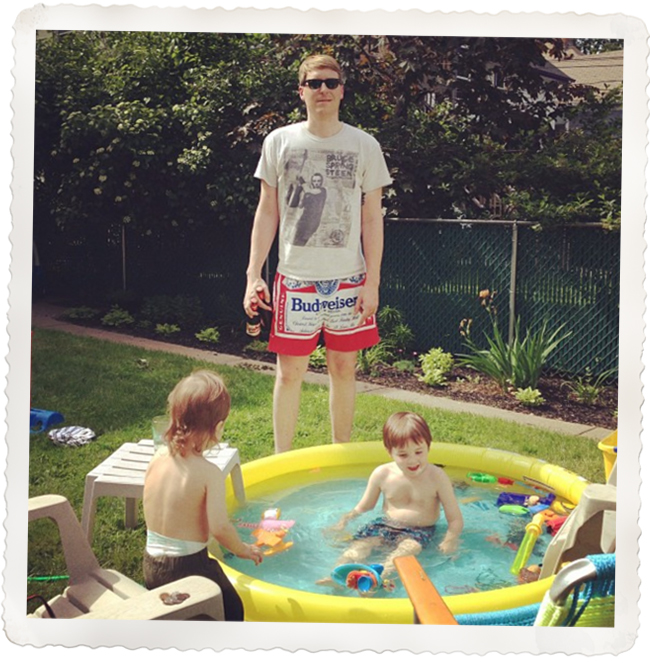