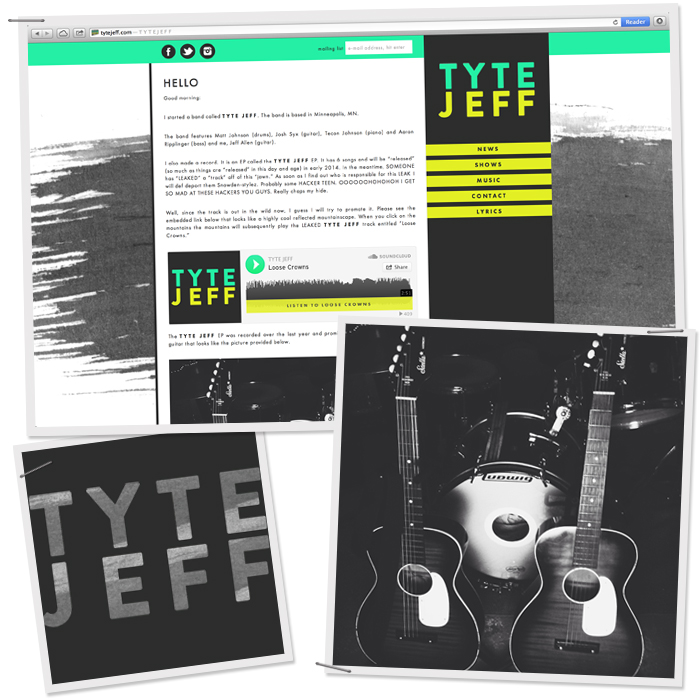 Hey guys! Just had to share this quick, cool thing with you. My old man, Mr. Jeff Allen (aka Tyte Jeff) has been working on writing and recording some cool songs over the last year. Jeff had spent 10 years in an indie rock band, that had some local and national success called, The Plastic Constellations. After a five year hiatus he just couldn’t stand to not making songs anymore. At the beginning of last year he made it his goal to get six songs recorded, which he did! Now, he’s starting to play shows, and will be releasing an awesome EP in January. I’m super proud of him because recording an album with two kids, and a very full time job, takes a lot of dedication, plus the new jamz sound awesome. Anyways, he’s got a band together with some tyte bros, called Tyte Jeff and their first show is tonight!

I made him a tyte website for his tyte band, you can check out his new song “Loose Crowns” over there. And if any of you local dudez/ettez are interested, he’s playing two sets tonight at the Terminal bar, yes, the Terminal bar, first show starts at 9.