I need another project like I need a hole in the head, but honestly we/I have to do something about our front stoop. Replacing the front steps was the first thing on our to-do list when we moved in (5 years ago), but over the years priorities have shifted, and the front steps keep moving further and further down the ol’ to-do list. We did do our darnedest to repair the steps four years ago when we realized how much it would cost to replace the concrete (2-3 grand at minimum). I was super pregged up at the time, and Jeff patched the front steps with a help of our neighbor. It held up for another year, which is what we expected, and anticipated replacing them soon after that. It’s been years now, and the front stoop is now such an eye sore and embarrassment.

We’ve got the basement project eating up so much of our summer and our money, but I don’t think the steps can be ignored any longer. I need to come up with a plan for the steps and I’m thinking the best option would to be to replace them with some purty wooden steps (exactly like the ones pictured above). I could expand the width and deck of the steps by a foot or two, and make it real-a-nice. Anyway, I’m headed out to do some decking research today – anyone with advice you better send it my way! I’m honestly terrified of tackling this one :-/

The second phase of this project (of course there is a second phase) would be to replace the front screen door as well. It’s been lilting at an angle ever since we’ve moved in. It’s something to do with how the door hangs in it’s frame and after many failed attempts I haven’t been able to fix it. I’m planning on heading out to the salvage shop sometime over the next few weeks and searching for a vintage screen door that would match the age of the home, and hopefully won’t cost me too many dineros. Some new house numbers, hardware, and a screen-door-mailbox-situation wouldn’t hurt either. 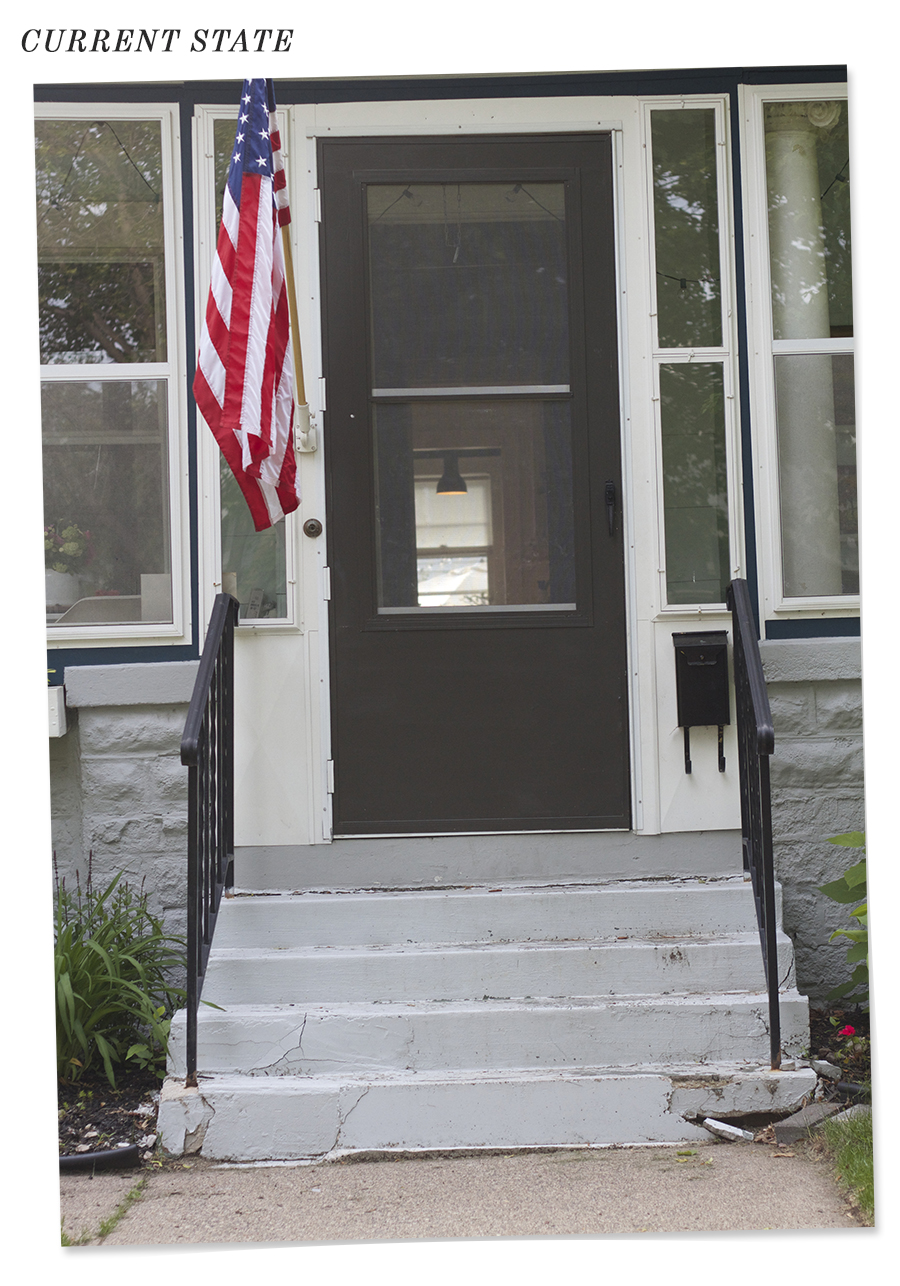 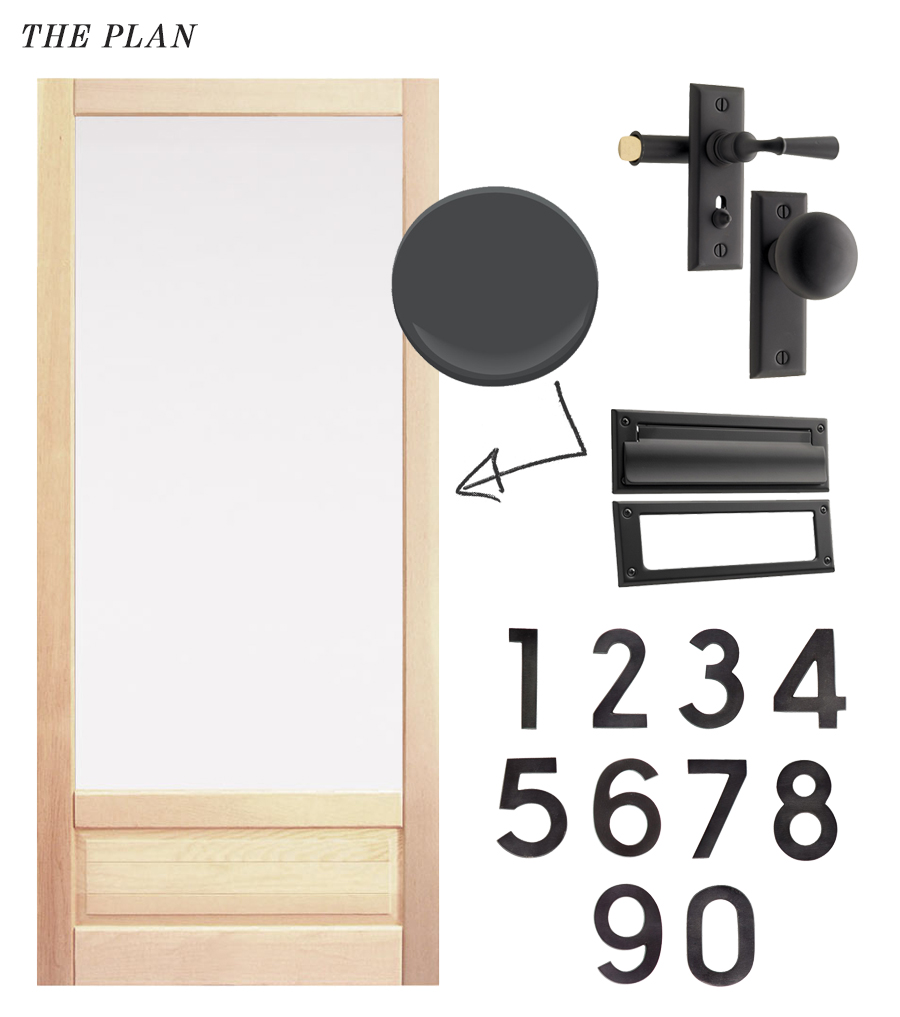