Office Gear for My Office 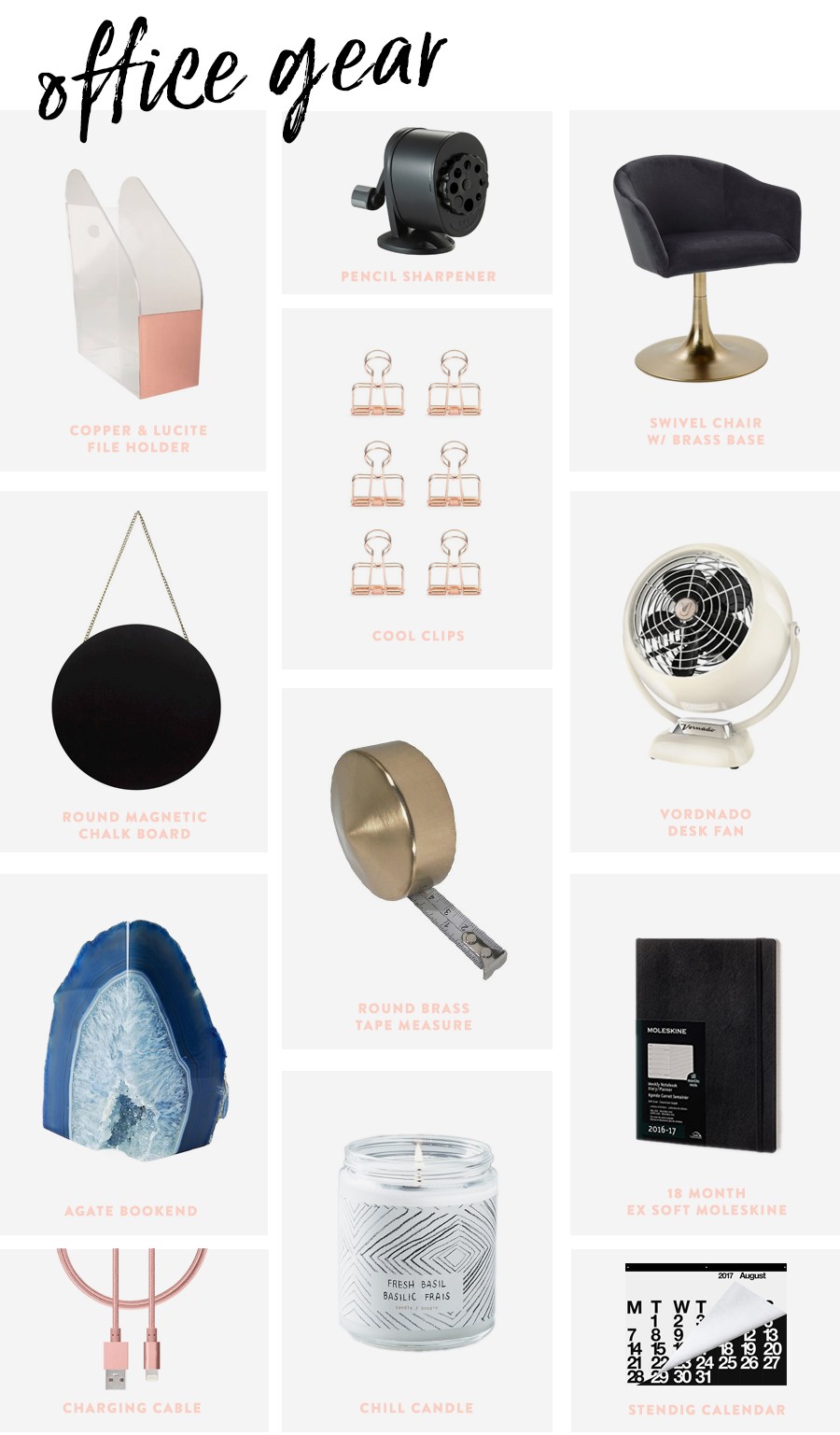 Guysers! I’m excited about this post because it’s about an office, and I have one of those now! I’ve been carving out a spot in our house for a real home office, I need a work space now that I’ll be blogging way more often. Did you hear that? I’ll be blogging tons now, I’m going for it! I’ve been able to post a lot more the last few weeks, which has been feeling incredibly awesome to do. I hope you guys are enjoying the extra posts as well. It’s almost the most cliché thing I could say, but I feel like a new person now that I have time to dedicate to doing something that I truly love and enjoy. My kids are cool and all, but being creative and working is what makes me tick. I’ve also been putting the finishing touches on a business idea that I’ve been exploring the past few months, more on that in coming weeks though.

I’ve decided that my work base will be in the upstairs sunroom, it’s a good quiet place with lots of chill vibes. The sunroom has always been one of my favorite spaces in the house, I like being around all my plants, and it’s bright and sunny, which I think will do wonders for my state of mind in the winter months. In case you’re not familiar with this space, it’s a small four season porch right off our master bedroom and had been functioning as a place for us to unwind, consume a cocktail or two, and watch some of the old idiot box at the end of a day. The thing is though, we haven’t used it for doing anything at all since we finished the basement last summer (which has a much bigger and louder tv). I also considered using the guest bedroom as an office because it’s bigger, but I’d still like to reserve that room for down the road when the boys might decide they want to have separate bedrooms.

I’ve been spending some time this week making the space conducive for intense blogging seshes. I set up a new larger desk (aka plank of wood), got myself a black board for my daily to-do lists, definitely smudged some crystals, lit a candle once or twice, and bought a bunch of ridiculously pretty and unnecessary office items like those copper paper clips and a brass tape measure (seen above). I’m realizing that no matter how absurd, having a pretty work space really does matter. Didn’t know it, now I do. I’ll be sharing more next week.