Unifying Spaces in the Kitchen 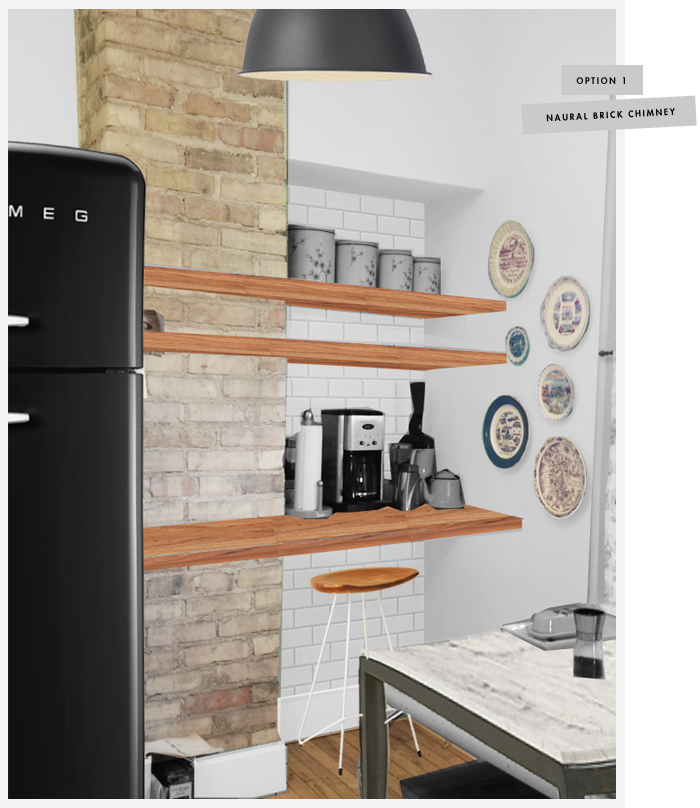 My kitchen is really good at being segmented. Remember the floor plan I shared with you from the other day? There is the “pantry” and mudroom areas, the main kitchen area, and then there is this strange chopped-up wall on the far side of the room. When I took this photo on the lower right, I made this wall look good. It’s all thanks to a little styling trick I call cropping. See, no fridge! Honestly that wall really doesn’t look anywhere close to that good in real life. It’s a strange place on that side of the kitchen. 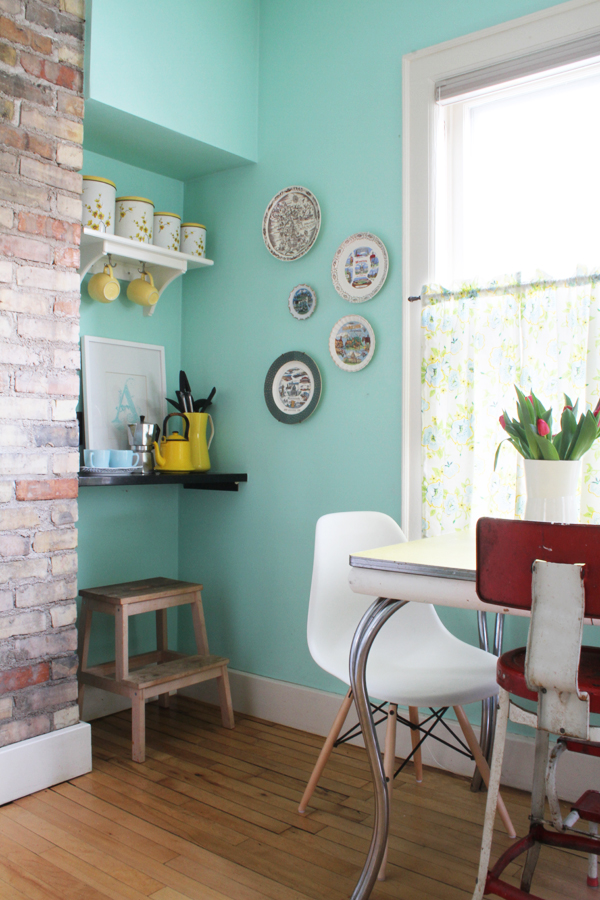 Lined up on one wall is an entry way, a huge refrigerator, a brick chimney, and a little cove where a stairway used to be. The stairway was removed and the wall closed off a long time as a way to save space I assume. Do you see what I’m saying about that wall though? Weird and choppy!

I thought if I’m spending so much time making the rest of the kitchen look beautiful, I better address this crazy wall too.

The above photo is the solution I have come up with to make this space cooler. I figure why not unify the wall with a few shelves, the lowest of them being counter depth. I could buy some butcher block for a reasonable price and use cleats to mount the shelves to the wall. The wall and shelving could function as a “baking area”. Imagine this: I have my mixer, a few cute bowls and canister set all hanging out on those nice new shelves. It would look pretty, right? Then maybe someday I could get a nice fancy fridge and a marble table! Last year I was gushing over this marble table in this old kitchen that I had seen in the BHG magazine. The table could be multi functional, using it for casual family dinners and as extra space for baking! I mean who doesn’t need a baking zone – I’m not really sold on the baking zone idea, but it’s the best use of the space I can think of so far. Best other idea would be to use it as a coffee zone. Decisions, decisions.

I really like the idea of tiling the cove area on the right side of the wall with subway tile, just like the rest of the kitchen’s backsplashes will be. I think the tile would make the wall feel more integrated into the rest of the space. I’m not so sure about the brick chimney though. Do I keep it the way it is, or is it becoming too much of an eye sore in the room? I could frame it out and drywall around it, or I could paint it white. Each have their pros and cons. Lemme ‘splain.

I think this looks amazing drywalled and painted white, but I don’t know if I could live with myself covering up that old brick. Plus drywalling is probably more work than I really want. I mean, I’m still painting these cabinets and it’s taking me for-ev-er. Do I really want another big project for myself? 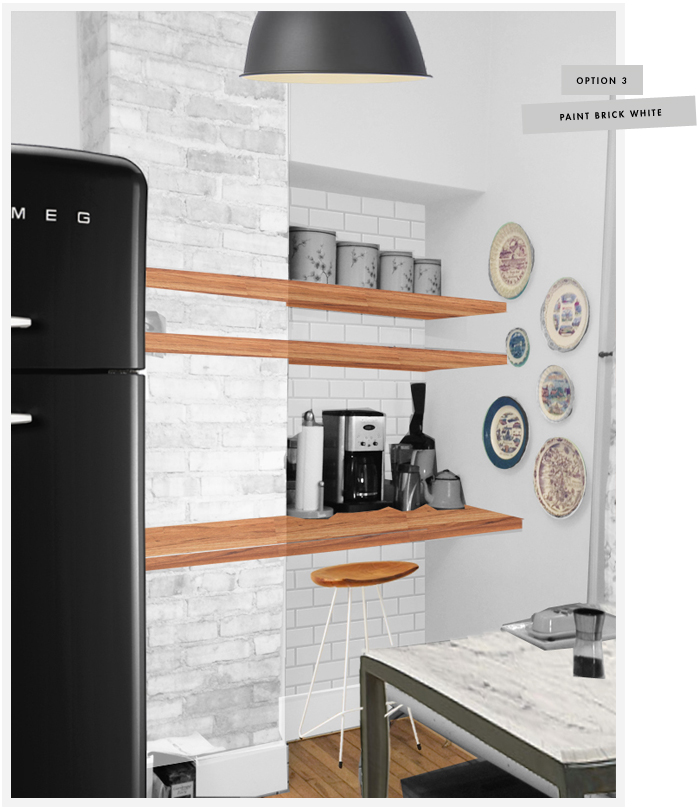 I could compromise and paint the brick white. The cons of course are permanently changing the brick. Plus I think there may be too many competing patterns with the white subway tile in addition to white brick. What do you think? 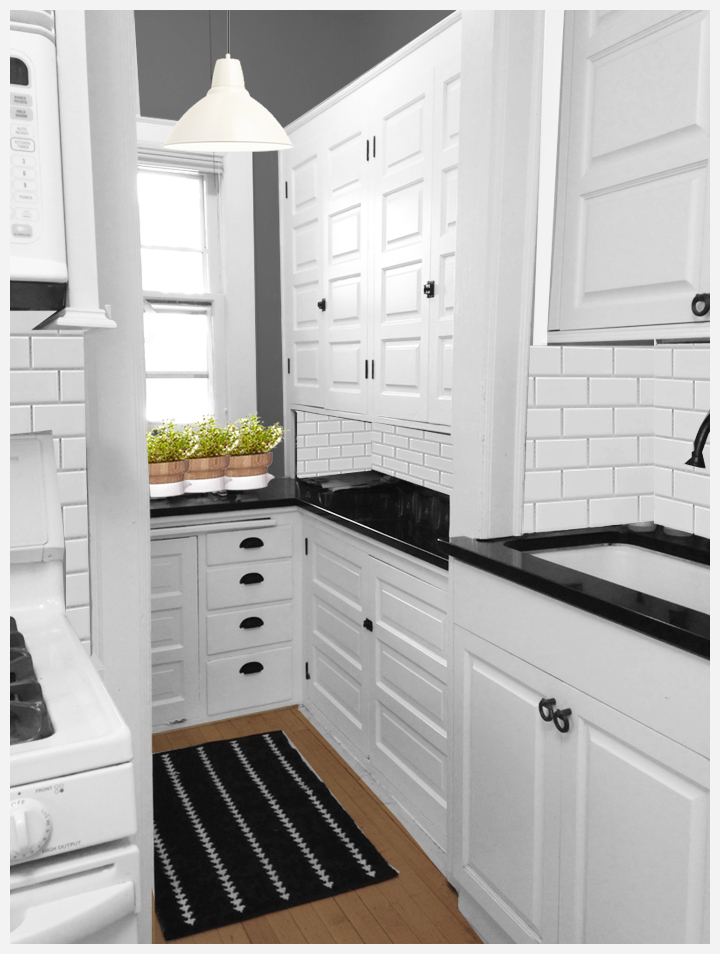 What would you do? Do you like the idea of the shelves at all? Would you keep the chimney au naturale or would you update it a bit?