My Favorite Book, and the Guy who Wrote it. 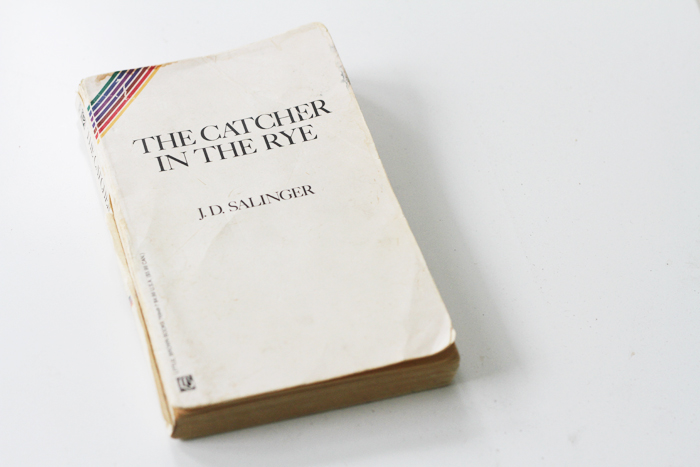 So this post is a little off the usual topics around here, but I couldn’t resist writing about it. Last weekend we watched the documentary “Salinger.” How I made it not knowing this doc existed is mind blowing to me, but it does.

Like many people, Catcher in the Rye changed my life when read it at the age of 12. Since then I have been a devoted fan, and follower of J.D. Salinger – and have always kept tabs on his life and his admirable craziness. I’m one of the nutzo readers that owns multiple copies of all of Salinger’s books – all chalked full of underlined text. I try and reread them whenever I get a chance to actually read.

“Well. you know the ducks that swim around it? In the springtime and all? Do you happen to know where they go in the wintertime, by any chance?”

The first time I read Catcher in the Rye I identified with it in such an incredible way, no book has come close to effecting me, and my life so profoundly. Just like so many other readers of Salinger, I feel a connection to Holden Caulfield. To me, I felt like I was the girl version of Caulfield. When everything was feeling insane and my teenage life was feeling out of control, I could relate to Caulfield, he was the exact manifestation of what I wanted to be in that moment (so incredibly cheesy and cliche I know, but so true, I suck). I carried my first copy of Catcher in the Rye with me everywhere, even in college, I could always find it floating around my back pack. If I traveled, I would throw it in my suitcase – just in case I needed to call on my old friend Holden. I’ve used the same bookmark, a lucky one dollar silver certificate, since the first time I read it, and I love how beat to hell the cover is. It’s probably one of my top three favorite objects of all time.

If you are not familiar with J.D. Salinger, the story goes like this: In 1952, after The Catcher in the Rye grew to fame, J.D. Salinger moved to Cornish, New Hampshire, where he lived and wrote at his compound, rarely making contact with the public. He wrote and published three more books after moving to Cornish, and then all publishing of new works stopped, although he continued to write.

In 1998-99 Hapworth 16, 1924, a piece originally written for the New Yorker in 1965, was scheduled to be published, and was even available for preorder on Amazon. Salinger had the book pulled at the last minute when it began to garner to much attention in the press.

See why I’m hooked on this guy, he is so magnetically amazing, and crazy, and strange. He was the real life Holden Caulfield.

“I’d meet this beautiful girl that was also a deaf-mute and we’d get married. She’d come and live in my cabin with me, and if she wanted to say anything to me, she’d have to write it on a goddam piece of paper, like everybody else.”

In 2000 I read Salinger’s daughter, Margaret Salinger’s biography (Dream Catcher) and was out of my mind intrigued when she wrote about a safe in Cornish full of edited completed novels. The rumor was that they were instructions as to what was ready (red dot = good to go, green dot = needs editing), and as to how the completed novels should be handled after his Salinger’s death. This is all so mysterious and awesome, and just makes Salinger that much more legendary to me.

“The funny part was, though, we were the worst skaters on the whole goddamn rink. I mean the worst.. We must’ve looked gorgeous.”

Obviously, this is not the official information or anything, but the chance that there are works waiting to be published is beyond exciting to me. I can’t even imagine what it would be like reading Salinger’s writing as a 33-38 year old (that’s how old I’d be!), and what sort of impact they could have on my life. Needless to say, I’ve begun rereading all my favorite old books.

Share this...
3 comments
in Awesomeness, Cool Things, My Life

Newer Post Pulling the Trigger on a Light Fixture