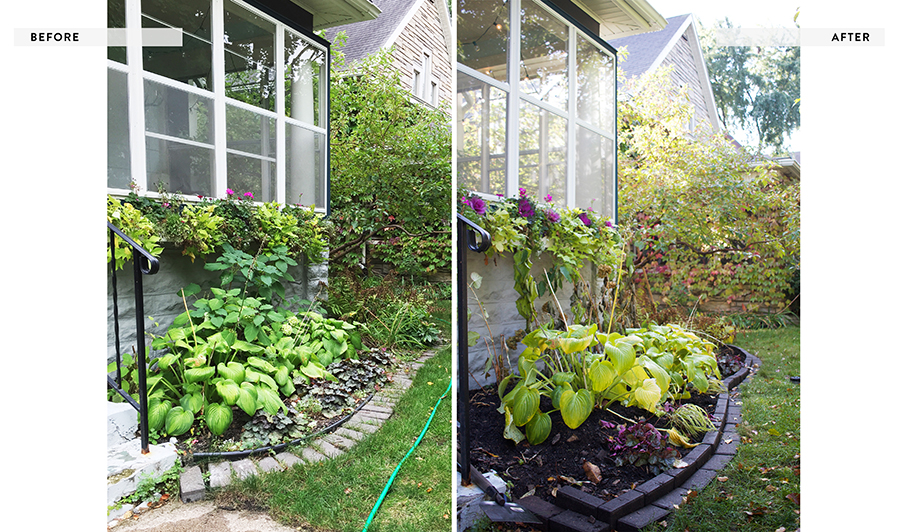 The thing I love about gardening is that it’s never done, at least for me. It’s always a work in progress and I’m always striving for that perfect flower bed. I’ve always had a tenuous relationship with our front foundation garden bed. There are two big reasons that it’s not successful, one is that I don’t really have the vision for it, I never have. In my eyes, the front of the house is far from done, I see lots of potential projects in our future years here; such as replacing the front steps and sidewalk as well as adding small border gardens and landscaping to the front of the house. Because I have no set vision for this space and specifically this garden, the front of the house is always in an as-is state of order. The other big reason is budget. I could go out and drop some dough on perennials and they would do their job in the foundation garden for the time being, but I just don’t really see the value in that when other perennials can be found around the yard or from friends and neighbz for free.

So when my god-given ability to be an awesome landscape designer (ha) doesn’t come through, I go elsewhere and I look for inspiration. You guys probably know by now that I’m an avid walker and I love looking at all of my neighbors flower beds when I head out on my daily walks. So many of them are so well defined and beautiful and I find so much inspiration from checking out what other folks are doing. My beds are lacking organization, definition and height. There is no berm at work here and the plants are crowded and topple over on themselves. I’ve tried twice to oragnize this bed, one time by dividing perennials, the other by adding a paver border. Both were good stop gap solutions but the flower bed needs to be edited once again. I needed to give it another go, so I decided to do my usual – empty the flower bed, divide perennials and put it all back again method. This time I reset the pavers and added some top soil mounds as well.

I wanted to have a fresh start next spring, and I didn’t want to spend the entire summer waiting for my perennials to recover from spring division – so I figured now (aka the fall) was the time. After dividing a few of the hydrangea and Japanese ornamental grasses, I began laying out a plan for how the plants would go back in the ground. Mounding the top soil helped to elevate the hosta row, which adds a lot of definition to the front of the house. Behind the hostas are a row of lime light hydrangea that I divided and spread out. Normally hydrangea is something I only divide in the spring, but being that one of the plants separated after digging it up, I decided now was as good of time as any to widen the hydrangea row. I allowed lots of room for it to grow and topple over hopefully in a pretty, intended way. Up in the front I have a mix of heuchera and Japanese ornamental grass. I removed the peony for good as it just wasn’t happy in the corner of this garden. In all the years we’ve lived here that peony has only produced one bloom. So to flower heaven it goes. 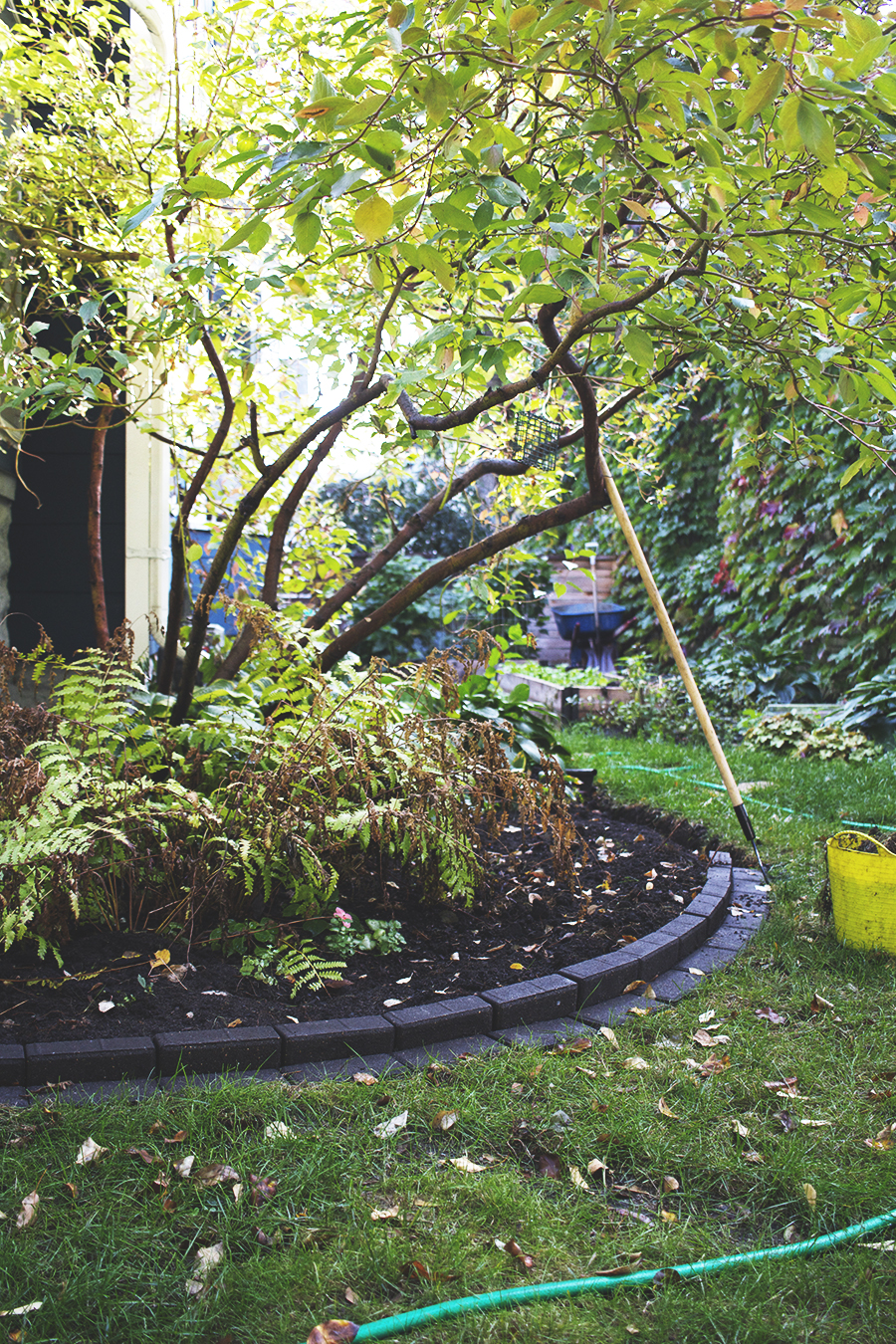 I also decided to bump out the garden a bit under the dogwood tree. It’s always hard to mow here and hell, I am always in use of a little extra space to garden in. The new border feels like the way it should have always been! I’m leaving this space empty for now, but it will be ready to go when next spring rolls around!

The pavers were barely noticeable from the street before. They were really helpful when it came to mowing, but not for any sort of bed definition. I decided a new look might go a long way, so I stacked a row vertically behind the second row which were laid flat. Now you can see that there is an actual border from the street and my flower bed doesn’t look like an after thought. More pavers will be needed next spring, but for now, all is good in foundation garden land. 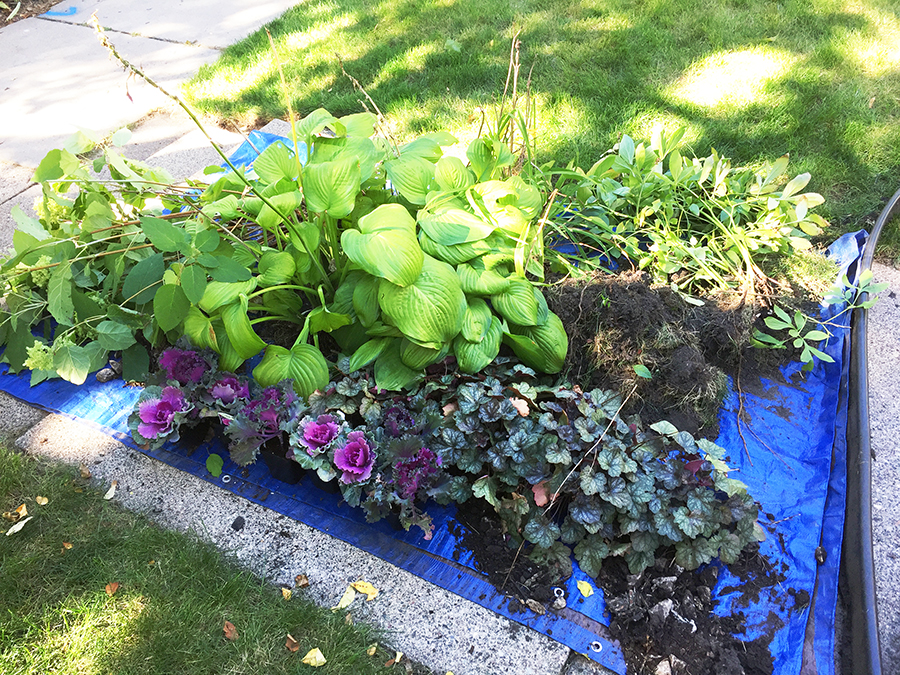 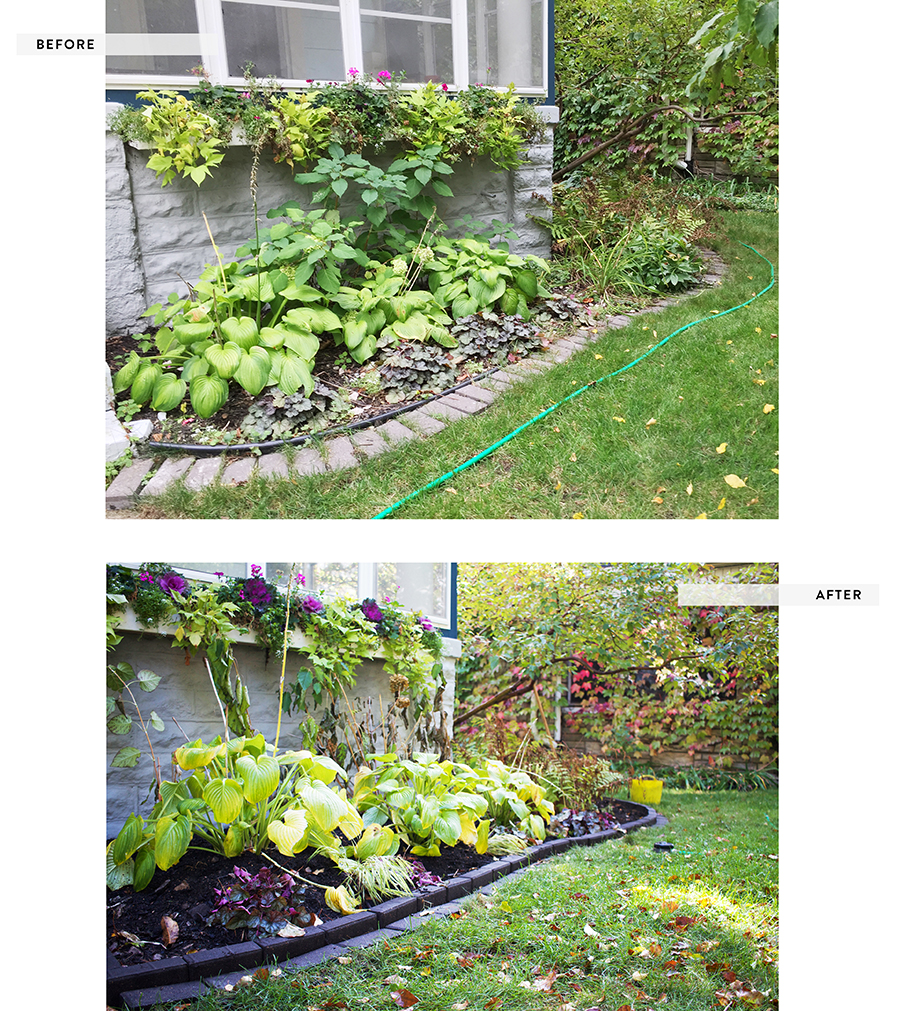