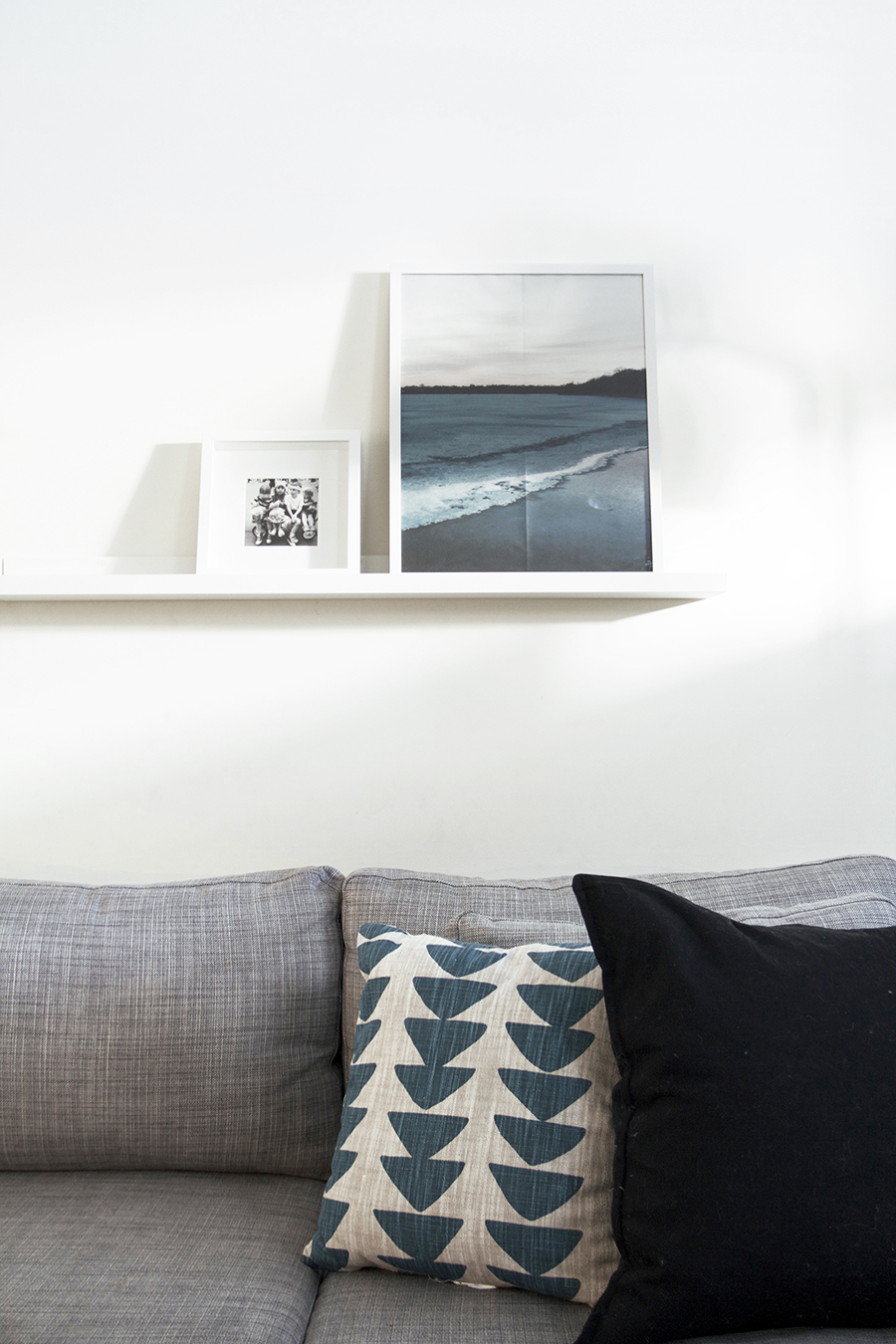 Hey Guys! Long time, no see. Things have been so crazy busy around here, it’s nuts. I am losing my mind and have been laid up with a killer cold, but good work is happening.

Anyway, I wanted to share a quick post about the basement. I couldn’t figure out what to do behind the sofa, we had a big blank white wall, and figuring out what to hang on it was killing me. It really felt to me like we needed to have one large piece of artwork back there, but large artwork is not in the budget. Something like an oversized engineer print could have worked money wise, but would be to fragile for the space – the kids are always laying on the back of the sofa, and generally goofing off. Desperate to call this thang finished, I came up with the somewhat obvious plan to hang a ledge to display artwork which can easily be added to, or switched out whenever we so desired. This had been one of my original ideas (that’s why I say obvious) and then I kinda forgot about it. Ikea had discontinued the Ribba ledge in 2015 and I hadn’t realized that they had replaced it with the Mosslanda ledge. This ledge is way better because it has a little groove to allow artwork to lean just so, and keep kids from tipping them easily. I bought two of the 43″ ledges and hung them on that big old wall.

So there it is, expect a full basement reveal sometime next week, and then I promise I’ll be done yapping about it! 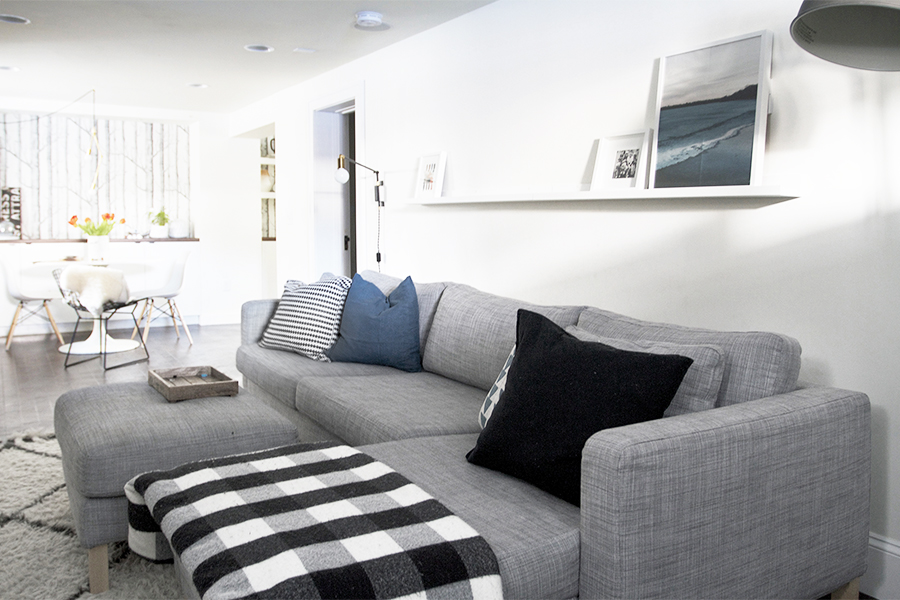 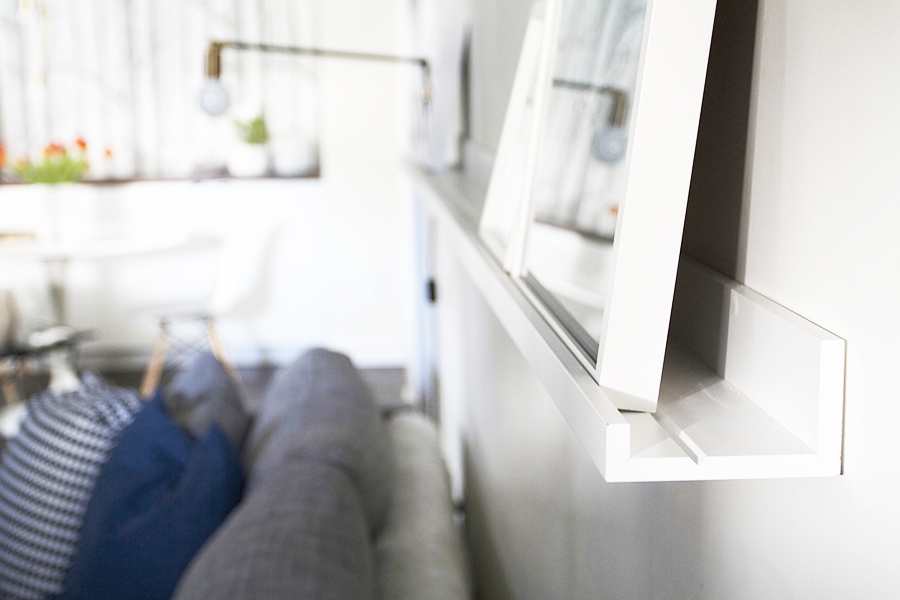 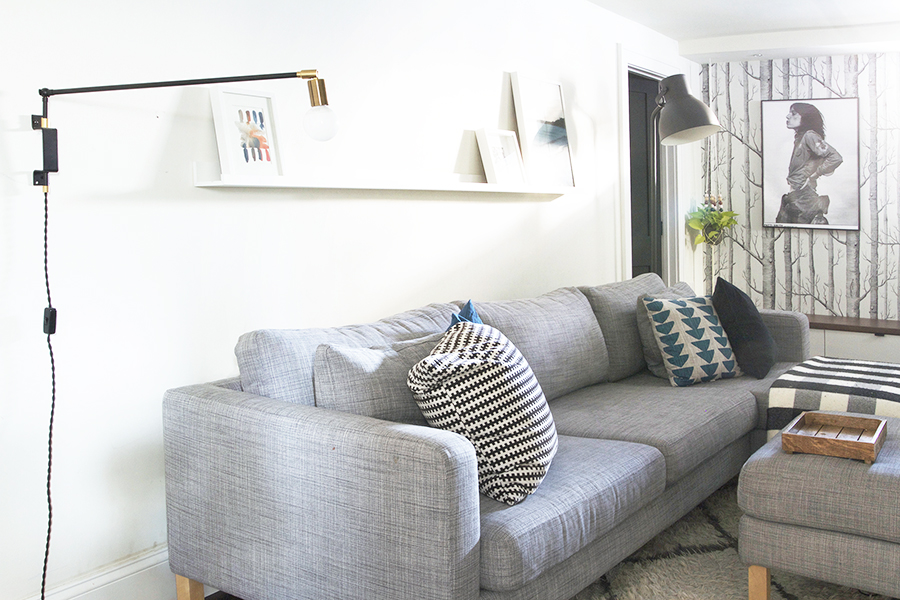 Share this...
6 comments
in Around the House, Basement, Decor