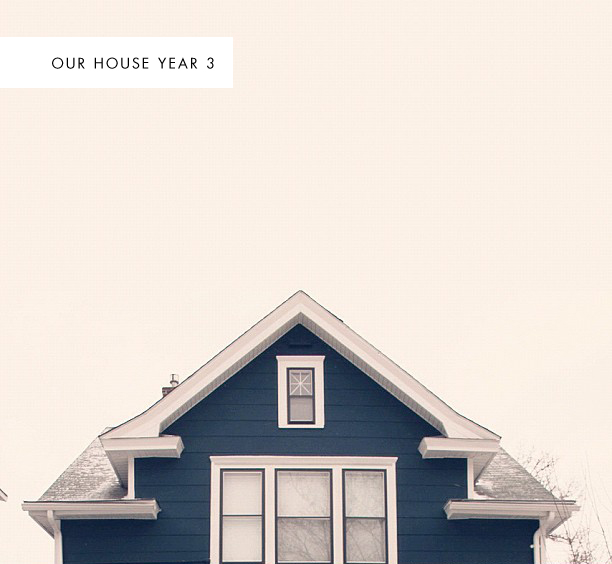 The beginning of March marks our third year living in our home. We’ve continued with lots of updating on our mission to make this house our own. It barely resembles the house we moved into, everything except for the basement has been touched. The majority of the projects from the past year were spent working with a limited budget fine tuning things we had already done. We hope that in the coming years we can start to tackle some of the bigger projects.

Our big dreams include making the basement into a fully functional hang out lair for kids and parents, with a full 4 piece bath and maybe even a spare bedroom. A new fence and deck in the backyard would be an amazing addition to our outdoor living space, and sometime before we hit the 10 year mark I have dreams of a new kitchen. We’ll see how that actually all pans out. For now, we just keep chipping away at the smaller more manageable updates that continue to make our home more and more ours. 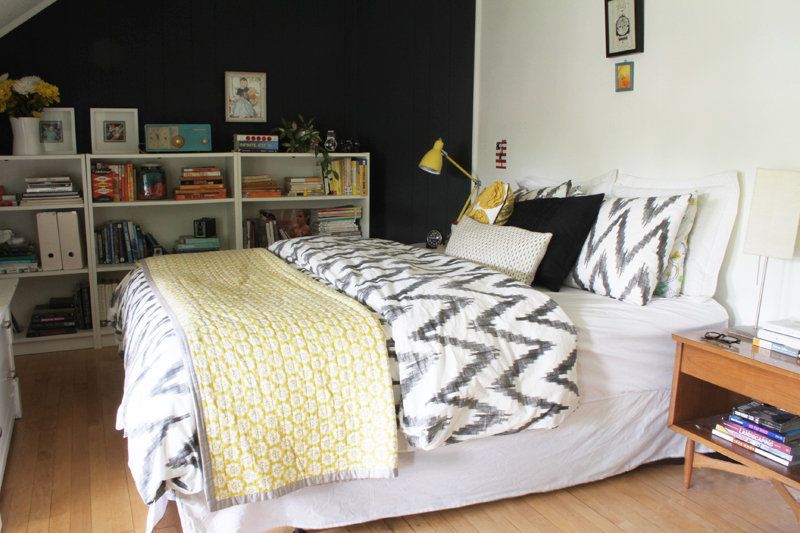 This past year our first priority was to make the bedroom more than just a room with a bed. We painted the walls black & white, added new bedding and bookshelves and packed it full of all of our favorite things. 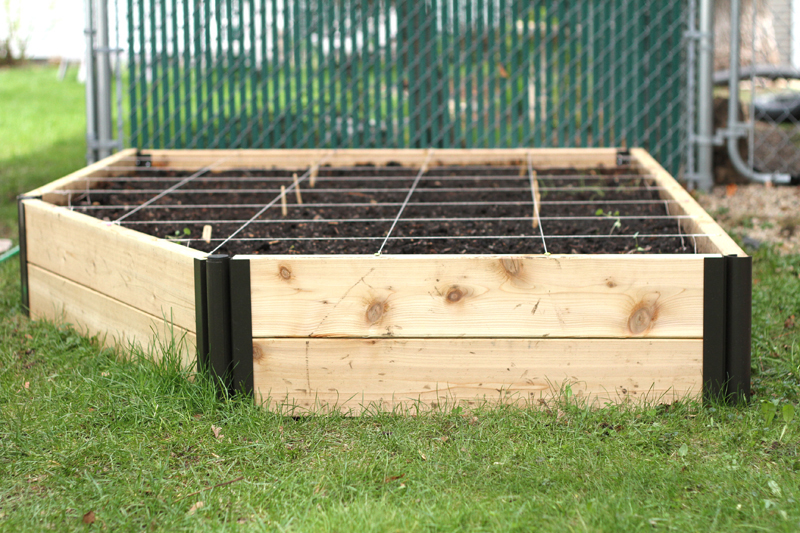 Finn and I were determined to build a veggie garden last spring on the side of our house, and we did just that. We had pretty good success our first season and are busy planning for year two. 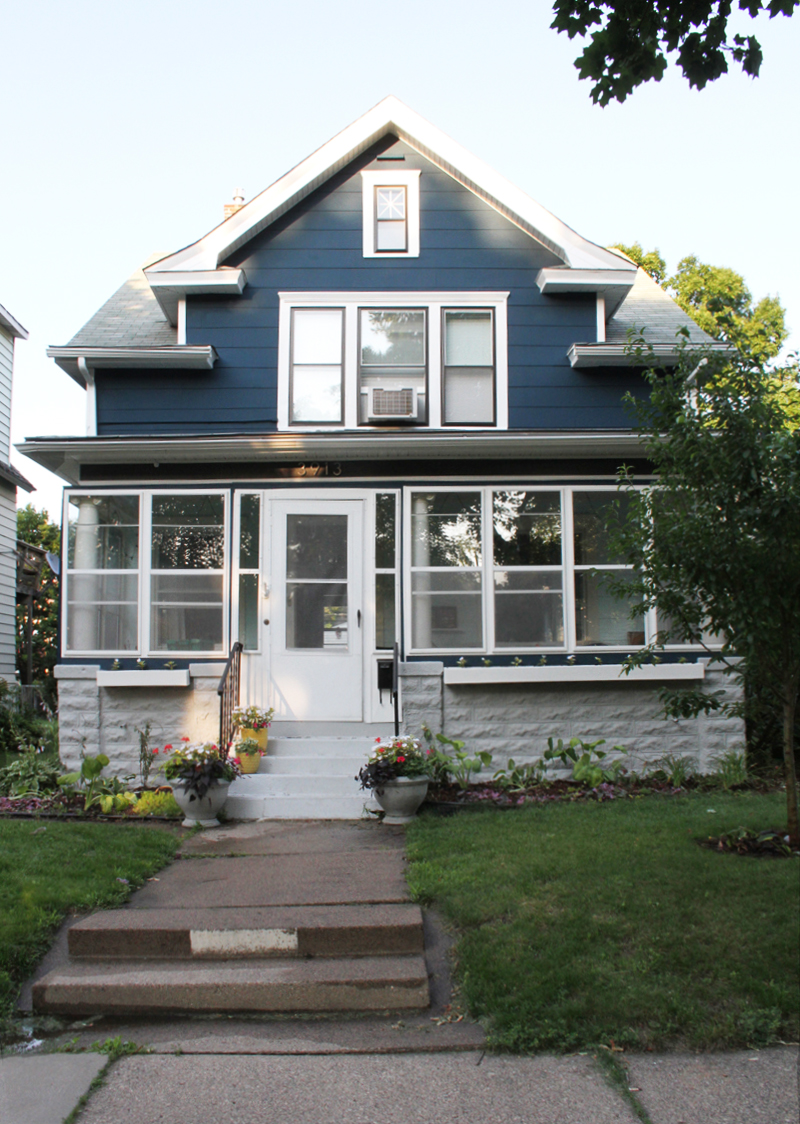 Having the house painted was the big highlight of the year. The house was painted from white on white, to blue with white trim and dark charcoal storm windows. We love it. In real life it makes the house look 1000 times better, and that’s no joke. 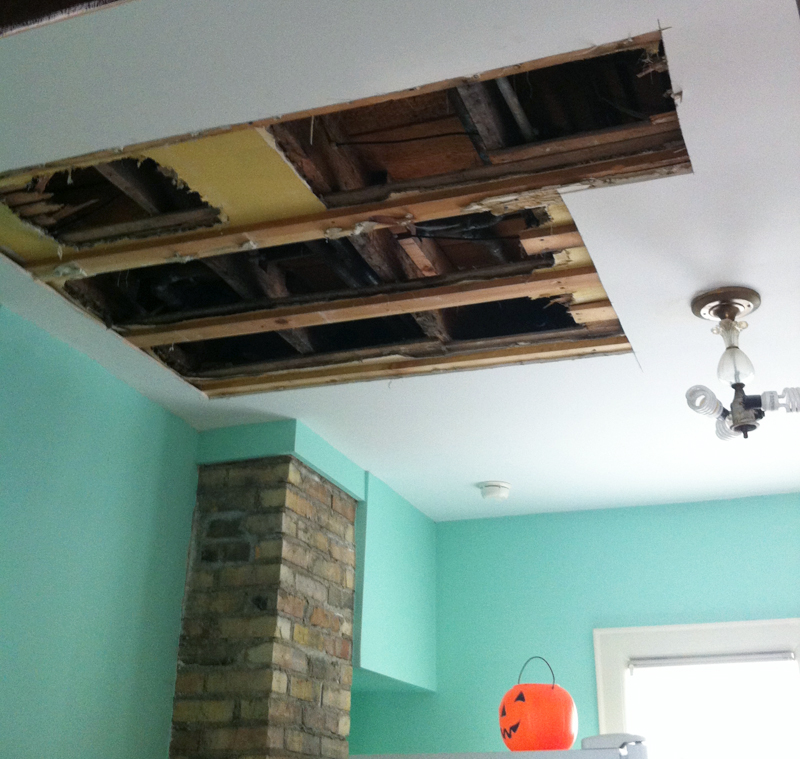 We had a surprise at the end of August when our bathroom plumbing started leaking into the kitchen. We had to have part of our kitchen ceiling removed, pipes replaced, and then had it all patched up again. Not really something we had money to spend on, but all part of the journey. 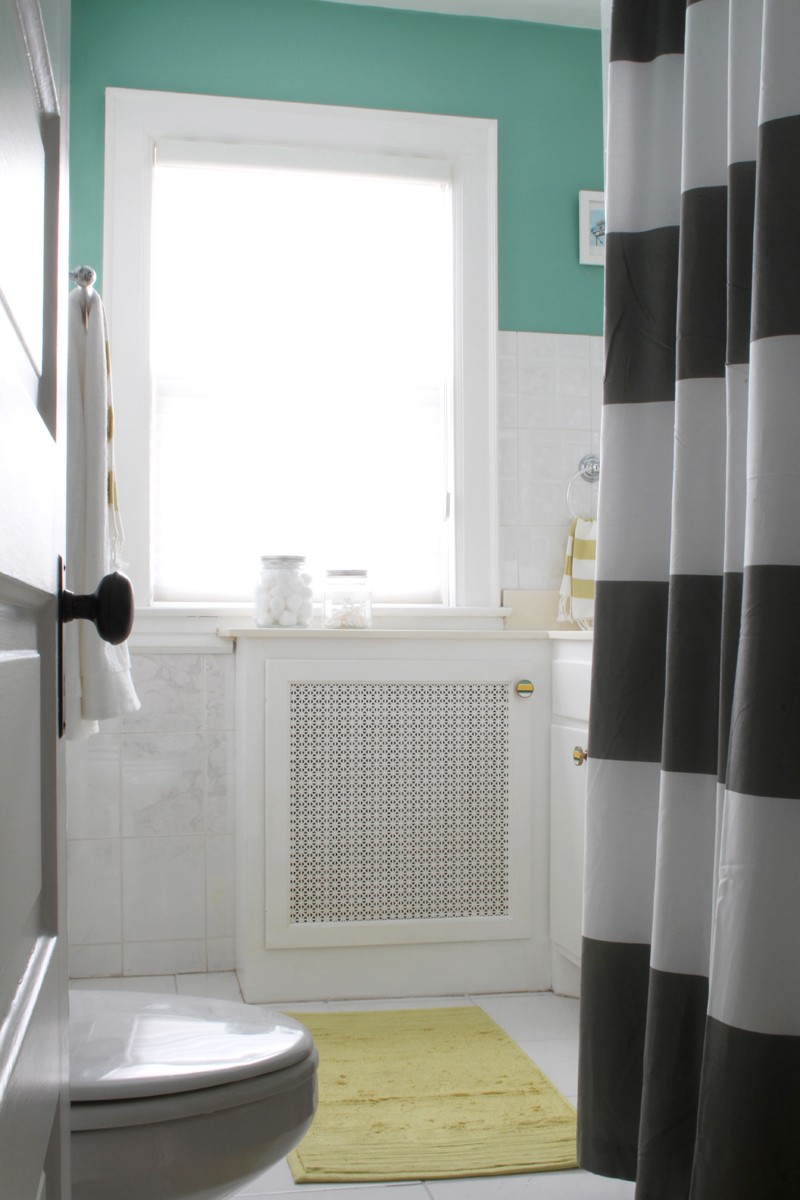 We had never done anything to our bathroom prior to this fall besides hang a shower curtain. I painted the walls, and the trim. The vanity got painted with a fresh coat of white, and we added new hardware. New bath accessories like the shower curtain, rugs and towels were the finishing touches. Future plans for a new vanity, mirror and light fixtures are still in the works. 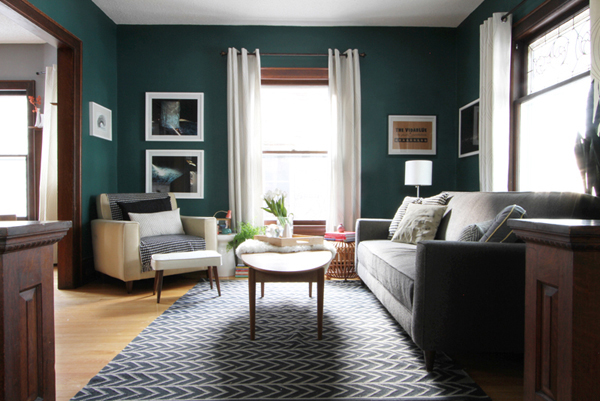 After the new year I had the urge to paint the living room, I really wanted to try white to see if that added something to the space that I felt it was missing. However white was not the answer I was looking for, and instead tried going a few shades darker in the teal department. I rearranged the furniture so the couch was no longer positioned in front of the far window and now light pours into the room. We love it now and can’t believe we spent almost three years with it the old way.

Looking forward to another year of house projects!

Share this...
0 comments
in Around the House, My House