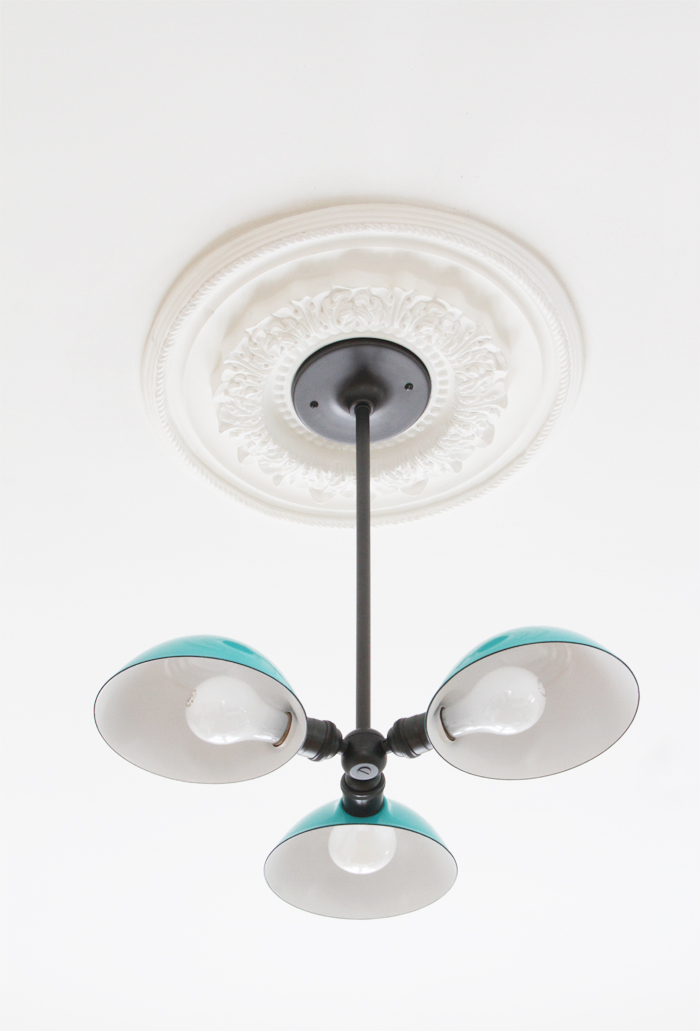 That’s right guys, week 16. I know I said that I was done with the progress posts, but I didn’t realize how long it would be before I actually got the chance to finish the kitchen. Now, I’m not some sort of lazy jerk keeping the goods from ya, I’ve been pretty much done with the kitchen for the last month or so, except for the light.

I ordered this light from School House Electric at the end of October, and while I waited for it to arrive I spent my time working on a few lingering little projects, such as paint touch ups, cleaning paint off the floor, caulking stuff, hole patching, and more painting. I tried to be patient waiting for that fixture. I was expecting a 3-4 week wait, and thought for sure I should have my fixture by the end of November, I waited 5 weeks before it showed up.

I was so excited when I realized the package sitting on my front porch was my new amazing, fantastic, wonderful light! The last piece of the kitchen project was here, the end was in site! I ripped open the box and was ready to start installing it right away, and then to my total disappointment, I realized that they sent me the wrong part. The shaft was special ordered to be 20″ long, the part I received was 30.5″ long. This was not going to work. Let the waiting commence.

Just yesterday, one week after I received the fixture that was too long, I got the my new correct fixture in the mail and installed it immediately. Although I was totally bummed about the first fixture not being the right length – especially after waiting for what seemed like forever – Schoolhouse Electric did a good job of correcting the mistake, and getting a new fixture out to me in no time. Anyway, it is here, and it is so awesome – take a look. 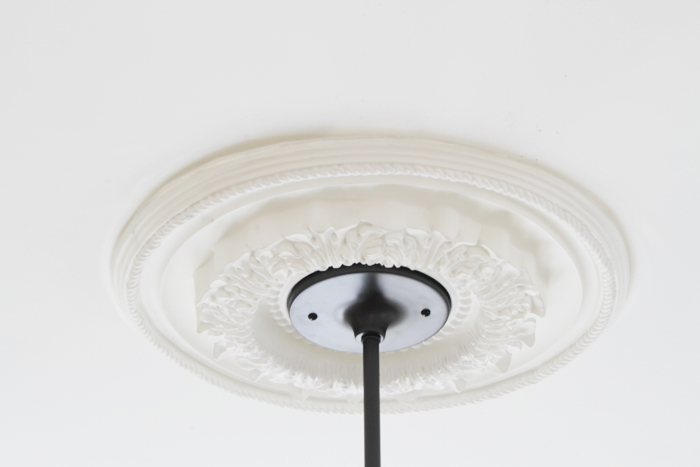 Also, I mentioned that I was going to add a ceiling medallion, because the hole in the ceiling near the outlet was rather large, and because I think this looks amazing. 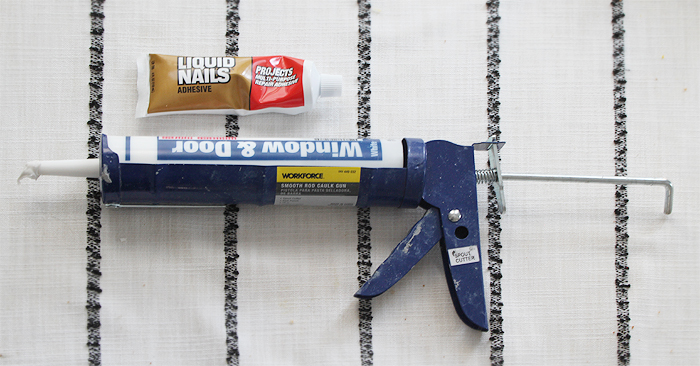 A few of you asked me on Instagram how one goes about installing a medallion. Really it’s easy. I am sure there are many ways you can do it, Anna from Door Sixteen gives good instructions over here on her method, but I did a little different variation of that.

First, you can order a reproduction medallion here, here or here. Medallions are paintable, so go ahead and prime and paint it a day or two before you plan on installing it. 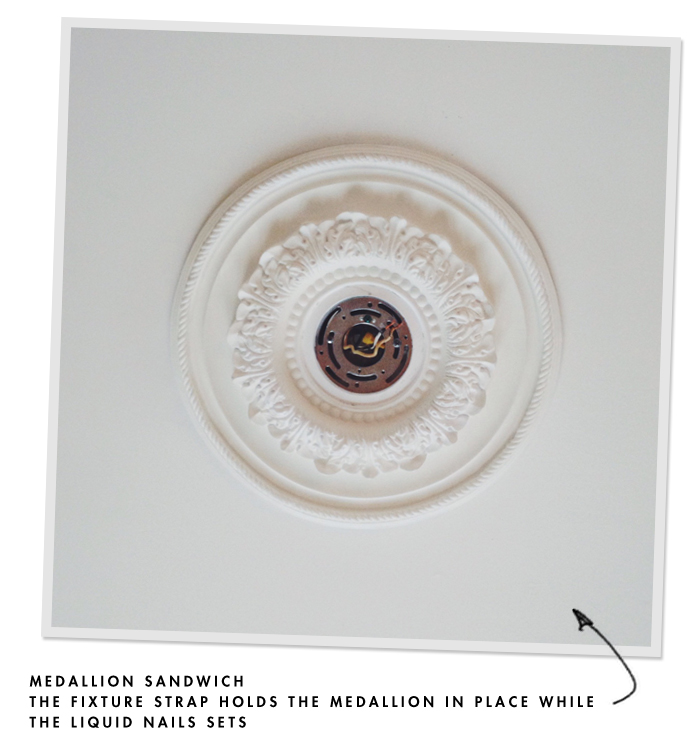 My medallion sat flush against the ceiling, but if yours were to sag at all, I would recommend using painters tape, or an extra screw to help support it while the liquid nails dries. I let the liquid nails set up for about an hour before I applied a bead of white paintable caulk around the seam between the ceiling and the medallion. 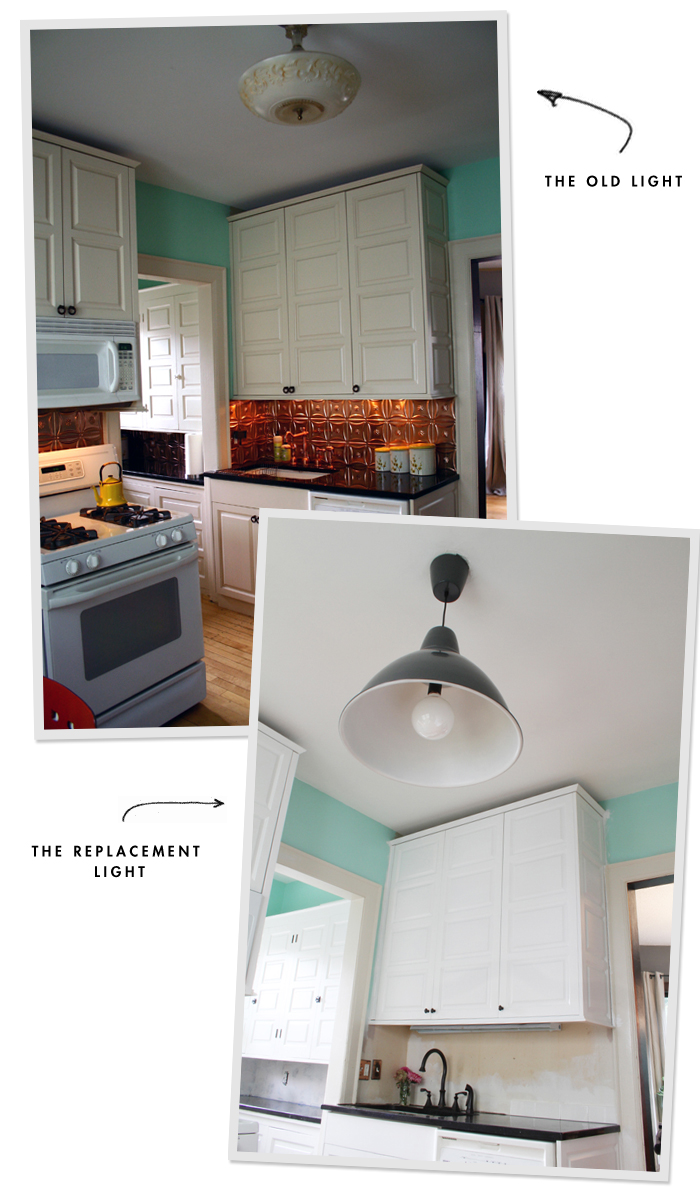 Here is the progression of fixtures in the kitchen. The first was an old fixture, still kinda cool, but not what I wanted. It wasn’t period to the house, which originally had gas lines and wasn’t electrified, but I imagine that this was probably from the 40’s, so it was old. I kept it just in case it needed to be used somewhere else, some other day. The second fixture, was my attempt at doing this on the cheap – this was the $29 Ikea solution. It didn’t take long to realize that the Ikea fixture was not the answer, and I needed to invest in an awesome fixture – this would dictate how great the rest of the room would be. 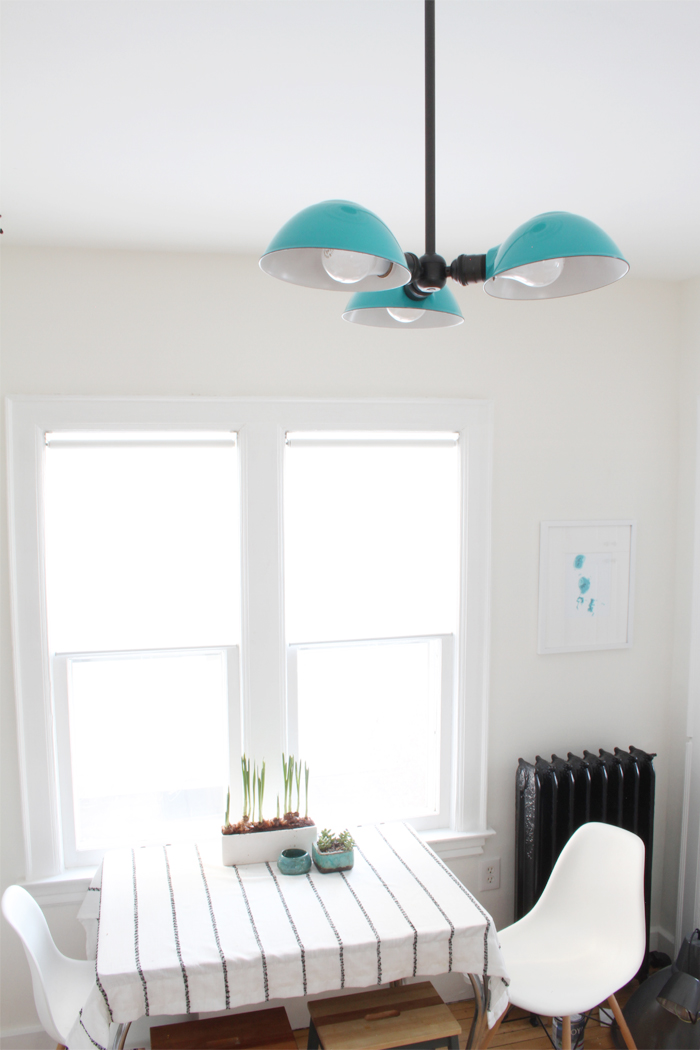 I’m sure you’re wondering where my big reveal post is, and the answer is, “It’s coming”! Me and my good pal Colz are getting together this weekend to take some awesome pics. Being that this is all falling into place around the holidays, I think I’ll wait until after Christmas before I do the big post so you guys don’t miss it.

Soon you guys, soon. Can’t wait to show you!

Share this...
3 comments
in Around the House, DIY, Kitchen